The Most Dangerous Thing About Stress: How Long We Hang on to It 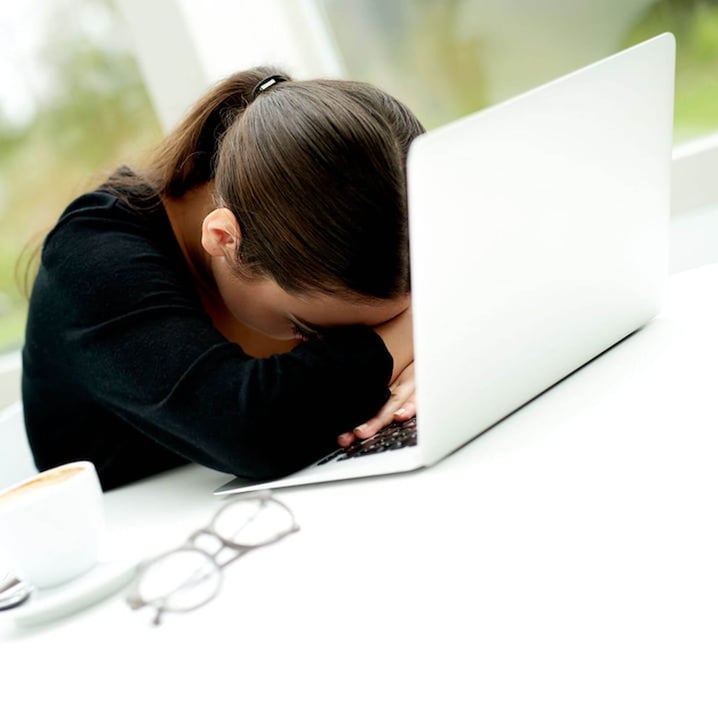 Too many margaritas can make you a traffic accident statistic. Too much sugar and fat, both of which are crucial to providing energetic resources for the body, can lead to obesity and a serious side effect, diabetes. Even too much water can kill you. If you notice a trend here, it’s that things that may be harmless in moderation can boomerang on us in excess. Add stress to the list.

The stress response was designed for short bursts, providing a sudden rush of power to our limbs to help us fight or run from life-or-death danger. It was intended to last a limited time, until we were out of harm’s way and imminent demise. When the saber-tooth tiger left the neighborhood, so did the stress.

That was a good thing, since the longer stress lasts, the more damage it does to your body. Stress in small doses doesn’t wreak large-scale havoc on your body and can even be considered an asset that propels you through a challenge or makes something feel exciting as you put your skills to a test.

On the other hand, stress that lasts days, weeks, and months, if not years, causes wide-scale harm to any number of systems and organs in the body and can lead to sudden trips to the ER and burnout. All stress management efforts should be focused on cutting off the most dangerous threat of stress, how long it lasts, and killing it before it can take you out.

It’s the duration of stress that makes it so dangerous, since the stress response rejiggers many parts of your body in harmful ways to prepare your system for battle stations. Some functions of the body aren’t needed in a life-and-death struggle, such as the immune system, digestion and tissue repair systems, so these are turned off or suppressed to focus on the mission of providing more strength and speed and quicker blood flow to the arms and legs to achieve that. Driving the rush of blood is jacked-up blood pressure and a rapid heart rate.

These are all major adjustments to how our bodies operate and the equilibrium they need to function properly. With chronic stress, these and other realignments become the staging grounds for long-term damage. The effects of the increased heart rate and blood pressure can lead to the nation’s number one killer, cardiovascular disease.

The heart, arteries, and blood vessels have to work much harder under the command of the stress response, which they can manage for a while, but after a continuous period of excess emergency mode, things start breaking down.

The intense velocity of blood gushing through blood vessels like water through a fire hose starts wearing down the lining inside the vessel, causing little tears and pockets that attract a crowd—immune cells, foam cells of fatty nutrients, circulating platelets that promote clotting, fat, glucose, bad cholesterol, and plaque.

It’s standing room only inside your blood vessels and a heightened risk for clogs that restrict the flow of blood raging through veins in the form of atherosclerosis.

And that’s not the only way chronic stress alters the critical work of your circulatory system. The force of the blood flowing through veins is so great that it causes muscles to grow around them to contain the load. Those muscles, in turn, can clamp down on the vessels, making them more rigid, restricting blood flow and increasing blood pressure further.

Chronically increased blood pressure leads to hypertension and a host of issues that come from it, including heart attacks. Forcing the heart to pump faster and harder than it’s supposed to beefs up the muscle on the left side of the heart wall, leading to left ventricular hypertrophy, which is the top tipoff of cardiac risk.

Meanwhile, over in the abdomen department, chronic stress is mucking up your body’s digestion equipment by putting the system on idle. It forces the stomach to cut down on acid secretion, and bicarbonate and mucous production, which help protect the stomach. These and other changes left to fester from ongoing stress can lead to gastritis, acid rebound, ulcers when combined with the Helicobacter pylori microbe, and irritable bowel disease.

Stress releases a flood of glucocorticoids, such as cortisol and other steroid hormones into the bloodstream. They have been shown to interfere with the body’s immune agents, such as lymphocyte cells, sidelining some, disappearing others inside immune cells, and even killing lymphocytes.

As University of California at Berkeley’s Robert Sapolsky detailed in his fabulous book, Why Zebras Don’t Get Ulcers, “Give someone massive amounts of glucocorticoids, or a huge stressor that has gone on for many hours, and the hormones will be killing lymphocytes indiscriminately, just mowing them down. Have a subtle rise in glucocorticoid levels for a short time…and the hormones kill only a particular subset of lymphocytes—older ones, ones that don’t work as well.”

Clearly, then, the smart thing to do is to stop ignoring stress, or sucking it up, as we are told we have to do. When we don’t challenge stress and turn off its false danger signal, we think about it. It’s this rumination, the circular cogitating over the exaggerated belief kicked up by an ancient brain that doesn’t get the modern world that drives stress—and chronic ailments and diseases that come from it. It’s the story we tell ourselves about the stressful event that causes stress, not the external event.

CATCH YOURSELF IN THE REACTION ACT

This is something we can change by cutting off the stress spiral as soon as possible after the stress response is triggered. The longer the irrational emotions from our primitive limbic system are allowed to fan the false belief of stress (always false unless it’s a real life-or-death event for you), the more the bogus belief is entrenched as real. And off we go for who knows how long with the cumulative damage to our cardiovascular system, digestion, and immune systems, among many other impacts.

We have to become adept at catching ourselves when we go off on emotional reactions. When someone or something pushes your buttons, use the wave of white-hot emotion—rage, anger, embarrassment—set off by the demand or pressure as the clue to not grab those emotions and the catastrophic thought/belief fanning it in your brain.

Notice it, take a series of deep breaths, and analyze the category of stress that has been set off—ego hit, unfairness, overload, or any other impetus. Having to categorize it starts the process of waking up your analytical, modern brain, which can then retake command of faculties from the ancient hijacker.

Tell yourself you can handle it, because you always do handle it. You may not know how at this moment, but you will, just like every other time you rose to the occasion. With that, you have cut off the destructive wrecking ball of chronic stress before it can spiral into a multi-day/week/month/year destruction derby of life-changing medical conditions.