Increase Employee Engagement with the Most Potent Performance Tool: Self-Motivation 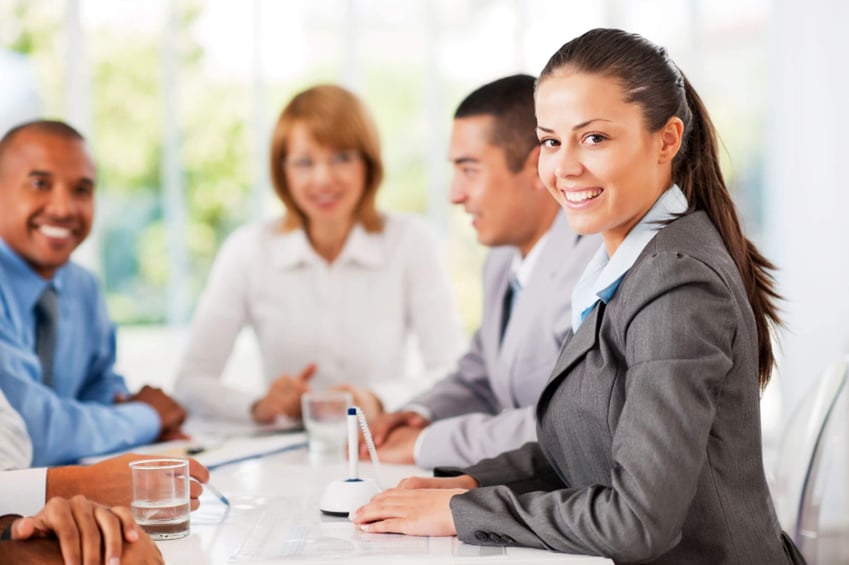 POPEYE HAS SPINACH. Managers and leaders have something that bulks up employee effort, except they don’t know it. It’s the hidden potential that lies within each employee when self-motivation is turned up to warp factor eight, something that happens with employee engagement.

When employees are engaged, they are willing to put out effort beyond the call of duty without anyone badgering them to do it. Work units in the top quarter of employee engagement in a Gallup meta-study of 192 firms and 1.4 million employees had 21% higher productivity outcomes, 22% higher profitability, and a 25% lower probability of high turnover.

ENGAGEMENT IS NOT ABOUT PING-PONG TABLES

In my experience leading employee engagement training programs, engagement is something every leader wants, but few know how to get it. That is because it involves an approach to leadership that is the opposite of the norm—command-and-control, rewards-and-punishment. The carrot-and stick-approach has long been thought to be the only motivational model. Want more sales? Offer a bonus. Want more engagement? Provide a perk.

Motivation research pioneered by Edward Deci and Richard Ryan of the University of Rochester, shows, though, that external rewards only motivate a need for more rewards. External payoffs are ephemeral, because they are about what others think. That doesn’t last.

It turns out that the most potent motivation comes from a burning core within, from intrinsic motivation, acting for the inherent interest in the activity itself, not for a result. Employees who are intrinsically motivated are continuously interested in the work that they are doing, because they are driven by goals such as excellence, challenge, or craft that place the emphasis on the activity for its own sake.

Intrinsically motivated people have been shown to be more persistent and will stick with difficult tasks longer, because their aim is the task, not to get done with it.

Employee engagement “is not about pay or ping-pong tables,” says Marcus Buckingham, author of First, Break All the Rules and strengths-based strategy book, StandOut. Buckingham tracked engagement at Gallup for two decades and now heads his own consulting firm, TMBC. “It’s employees asking, Do I have a chance to use my strengths every day? It’s about getting to know your people and focusing on them every week.”

THE JIU-JITSU OF GETTING PEOPLE TO DO WHAT YOU WANT

Employee engagement is a kind of jiu-jitsu in which leaders unleash the energy of others and get out of the way. Engagement can’t be commanded, only enabled, because the discretionary effort that defines it has to be self-generated by the employee.

The shift from commanding employees to enabling their intrinsic engines doesn’t come automatic for leaders brought up on motivating through external metrics—promotions, money, bonuses. “They think motivating is something management does to employees,” says Deci, author of a great Penguin paperback, Why We Do What We Do, and a psychology professor whose research led to a new framework for motivation and need gratification.

“Motivation is something that employees do to themselves. The job of managers is to create the conditions so employees will do that.”

What makes employees want to work harder than they have to for no external gain? Researchers have found many engagement levers, from open communication with managers, to employee development opportunities, to trust, a chance to contribute, and recognition. In a nutshell, people are engaged when they feel valued and a have a sense of purpose in what they’re doing.

Employee engagement has three main dimensions: vigor, dedication, and absorption or focus, which are the opposite of burnout’s chief qualities—exhaustion and cynicism. If you want to kill the productivity and profitability gains of engagement, burn out employees.

Engagement goes beyond mere job satisfaction. You can like your job, but that alone is not enough to generate effort beyond the call of duty. In fact, studies show there is a low correlation between job satisfaction and performance.

The trigger for engagement is another order of satisfaction—“higher needs satisfaction,” as Deci describes it, something that is rooted in participation and involvement, not just a job title, and that is self-propelled when leaders allow employees to satisfy certain basic psychological needs.

For millennia, humans haven’t had a clue as to what we really need. We’ve had to rely on peers, desires, and billboards, which has led to a lot of heartburn. Deci and Ryan’s breakthrough research, though, uncovered three specific psychological nutriments that everyone needs, as opposed to desires, to thrive—autonomy, competence, and relatedness, or social connection with others. “They have to be met for people to perform optimally,” says Deci.

Each of these needs can only be gratified if the goal behind the activity is intrinsic, a force potent enough that it has been called Motivation 2.0. All three are realized through initiative and involvement, keys to engagement, and help people feel as if they are determining the content of their life.

Known as self-determination theory, or SDT, the basic needs framework developed by Deci and Ryan means that we all have a need to write our own script. It’s also a universal human need across cultures, races, and continents. Your employees also need to feel a sense of choice and have opportunities to demonstrate initiative and competence.

HAVE AN AUTONOMOUS DAY

Leaders can help employees gratify their basic needs through a model Deci created to take SDT into the workplace: autonomy support. How can employees feel autonomous working for someone else? “A lot of people take the word autonomy as independence, as doing something on their own. In SDT what autonomy means is a sense of volition, willingness, that, yes, at this moment I choose to be doing the activities I am doing,” explains Deci.

That feeling comes in the work setting from the autonomous decisions employees can take in how they do their job, process it in their minds, and communicate with their supervisors. Autonomy support is a style of managing in which leaders understand and acknowledge the employee perspective and encourage self-responsibility and initiative in goal-setting, decision-making, and work planning.

Autonomy support encourages free flow of communication between employees and leaders and has several main components: offering a sense of choice within limits, giving people a rationale for doing a task, and letting employees acknowledge feelings about a task.

When you hear a rationale for doing something, it helps you feel like you are part of the team, more autonomous, competent, and connected to others. You internalize the reason, and the task becomes more important as a result, triggering buy-in/choice. The same thing happens when you are able to acknowledge how you feel about a task, even if it’s not positive. The expression of your view activates a sense of choice and autonomy and you are inclined to do it more willingly.

Key to autonomy support is communication and language. Everyone is encouraged to speak up and leaders try to make dialog more informational than controlling. “Stop using words like should, must, and have to,” says Deci. “Don’t tell them they did just what you expected.” That doesn’t go to their competence need. Instead, say ‘I like the way you did this.’"

Deci has demonstrated how autonomy can get employees more involved and engaged through interventions with companies such as Xerox, and  studies measuring self-determination theory in the workplace have found similar results.

One, led by Fordham’s Paul Baard, measured SDT in workers at an investment banking firm. They found that autonomy supportive managers activated employees’ intrinsic need satisfaction, which in turn resulted in the best performance and performance reviews.

“When managers are more autonomy supporting, employees are more engaged in their work, get better evaluations, are better adjusted psychologically on the job, and are sick less often,” says Deci.

Nihal Parthasarathi, CEO and co-founder of Coursehorse.com, a portal for arts, business, and recreation classes in New York, Chicago, and Los Angeles, found that he needed to change his management approach when the company went from six to 12 employees. He wanted to build a company he would want to work at, where people had the freedom to solve problems and not be micromanaged.

“Managers default to telling other people what to do,” says Parthasarathi. “It’s easier, but it leaves a lot on the table in terms of human potential.”

After talking with his employees and advisors in the tech world, he and his partner, Katie Kapler, decided to make autonomy and self-responsibility the core of a management style designed to motivate and clear obstacles out of the way. Each employee decides the work they’re going to do on each goal and how they’re going to do it, which builds autonomy and competence.

There’s a high level of transparency, with performance metrics they can check every day to see how they and everyone else are doing. If someone isn’t hitting targets, they work with the founders to realign the goal. “They absolutely set their own agendas,” says Parthasarathi.

Since he rolled out the autonomy program, his staff “feel like they’re having a bigger impact. They’re happier when everyone shares autonomy. It’s like everyone has each other’s backs. The quality of engagement is much better.”

Another reason every company needs engaged employees is that the talent pool is shrinking and very used to having autonomy in the digital era. The biggest employee demographic, millennials, are accustomed to doing things on their own through apps or startups.

They want to know, “Are you going to help me achieve my dreams and goals?” says Bill Jensen, a management consultant and author of Future Strong. “If not, I can go to Kickstarter and start my own company.”

Jensen says only about 10% of employees at small companies feel they can achieve their goals. Across all companies, only 31% of employees are engaged, according to Gallup. Millennials are the least engaged demographic, at 28%. Jensen says managers need to engage their people with training and development programs that help them grow and give employees a cause or mission to believe in. That is crucial to develop intrinsic goals of purpose and meaning.

“Silicon Valley sets the standard on this. They get people to work very hard because they want to achieve the goals of the company.”

For those of you who think you don’t have enough time, that excuse won’t cut it. It’s about seven to eight minutes per person per week, says Buckingham. It boils down to two simple habits, listening and support, repeated on a weekly basis. “Check in with every employee every week. Ask, What are you working on and how can I help.”