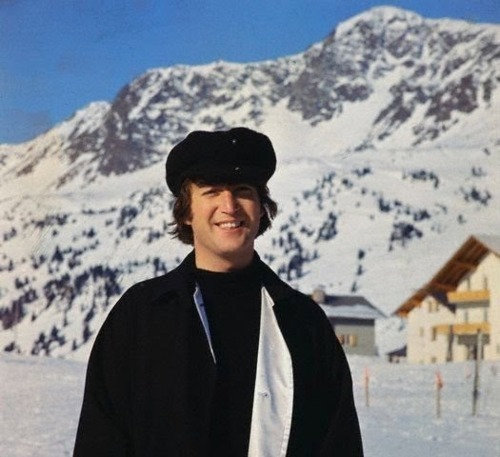 The Beatles made reaching out respectable as far back as 1965 with the iconic strains of “Help.” John Lennon said he wrote the song as a cry for help to escape a depressive period in his life.

Nearly 50 years later, it’s still not easy in a culture of rugged individualism to ask for a hand. That’s especially true when it comes to work-related issues. We’re supposed to suck it up in silence, and keep on going till the paramedics arrive. Unfortunately, they are arriving, so we need a smarter approach.

I met one manager at an aerospace firm who was back at work after a heart attack. He was already worried he was going to have a recurrence. A scientist in Tennessee told me how he was hauled out of his office on a stretcher after his myocardial infarction and remembers his panic as the siren wailed in the ambulance on the way to the hosptial.

A social worker told me about her nervous breakdown, set off by an overwhelming caseload.  She didn’t even tell her husband how serious her stress had been until she was in an ER bed. At one training I did for a large consulting firm, staff members reflected on the heart attack death on a hotel bathroom floor of one of their hardest road-warrior workers, someone who was only in his 40s.

Ladies and gentlemen, we have a problem, and we have to face up to it as organizations and professionals. All the tragic events above could have been avoided if people had just asked for help—if individuals had reached out when things got beyond their capacity, if managers had reached out to staff or to leadership for training in stress management or time management.

It’s hard to be productive when you’re in an ER or six feet under. So why is it so hard to ask for help? Fear and ego override common sense and even self-preservation. We don’t want to let managers or peers think we can’t handle our responsibilities, fearing we’ll be thought of as lightweights or that we will jeopardize career or promotions. Egos tell us that admitting we need help would be a failure. Like all fear, these are projections that something will happen that almost never does. Irrational self-talk locks in false beliefs that put your health and even maybe your life in jeopardy.

Denial fuels more stress, because it keeps the false belief driving the stress entrenched through rumination. The more we think about the false belief the more it feels true. Health consequences from your work are flares from your physiology to examine what’s not working and what you can do about it.

Part of the problem of reaching out is that we are led to believe that it’s a sign of weakness. It’s not. It’s an indication that there is a problem that needs to be fixed. One Harvard report about speaking up in the workplace called the word “No,” the voice-oriented improvement system. We move forward when we find out what's not working and remain counterproductive as long as we don’t say anything. Think about dialogue, not as a sign of failure, but of progress—problem-solving ineffective behavior, such as stress and burnout, that can cost you dearly and the company five to seven times more than the average workplace malady.

Fear and ego blind us to the irony that, to appear strong and play the bravado game, we consign bodies and minds to physical weakness. Are CEO’s weak who bring in consultants to chart a new path? No, it’s considered smart to bring in expertise to solve problems.

That’s all we are doing when we speak up and let someone know there’s too much on our plate or a department is too overwhelmed to avoid making serious mistakes. We are solving problems.

Don’t wait until it’s too late. Most of my coaching clients contact me when they are on absolute fumes, when a small spark could cause a conflagration. It’s no different than going to a personal trainer or music teacher. You move forward through new knowledge, through strategies that take an outside ear and expertise. Our brains generate ideas through associations, putting this idea with that random one. It’s inefficient, time-consuming, and it often leads to an association dead-end. We get stuck in association cul-de-sacs and can’t get out on our own.

The same is true for organizations. If your department is reeling, don’t wait for the entire company to do something, reach out and explore a stress management, work-life balance, or productivity training for your team. Get solutions to overwhelm and burnout that everyone knows are undermining productive efforts, rapport, and future success.

“Help me get my feet back on the ground,” sang John Lennon. Ask, and chances are you shall receive.

If you would like to explore individual coaching or a training program for your team, click on the button below and turn challenges into strengths.