6 Ways to Stay Calm Under Pressure 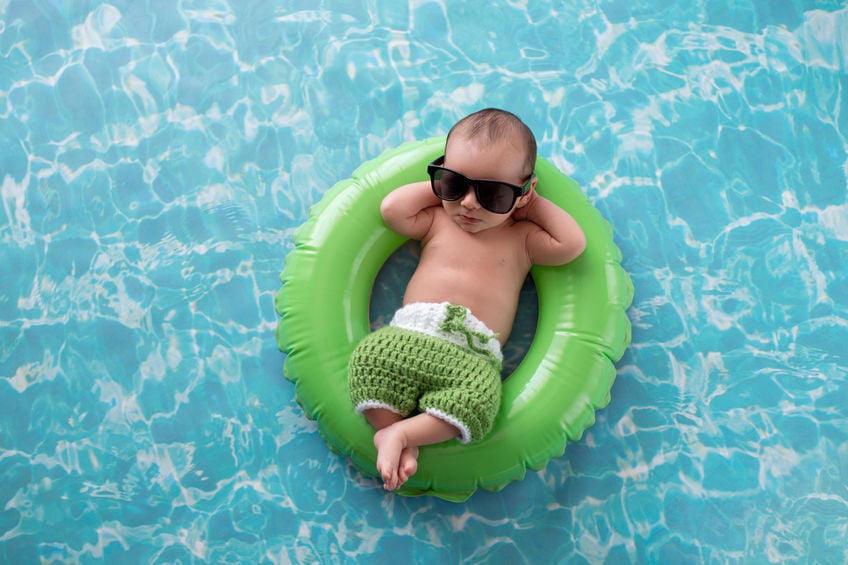 Even if your artistic talent barely goes beyond stick figures, the mind can be super-creative when it comes to one unfortunate category: projected calamity. Most of us have no trouble at all concocting vivid images of imminent disaster. We are all Picassos when it comes to the art of conjuring worst-case scenarios.

Your spouse/partner/relative/friend isn’t back home at the expected hour, and the dire projections erupt. Accident, foul play, you’ll never see them again. You get two blocks from the house, and you can’t remember if you left the stove on. Visions of  conflagration erupt, and you turn around to check the stove. The burners stare back at you in perfect “off” position, and you’re happy no one else saw you.

The client doesn’t return an email when you expect it, and thoughts turn to rejection and a certain lost sale. They get back to you a couple days later with good news. The boss says she wants to see you in the office, and you start getting your resume ready, but, instead, she compliments you on your work.

We all suffer an unending series of false alarms in life, created and inflicted by our own minds. Why do we do this to ourselves? We are wired to be alarmists. The default of the human brain is to the negative, to fear and worry, to being on the alert for threats to safety and survival. Where does the brain go in a quiet moment? To problems, anxieties, stress.

One of the keys of getting rid of stress and anxiety is to stop self-inflicting, by not grabbing the false beliefs set off by the brain's broken car alarm. In my stress management training and coaching work for companies and individuals, we focus on how to manage thoughts and turn off the bogus danger signal.

The hyper-attunement to threats has insured survival for the species, but it has also guaranteed that we spend a lot of our lives sweating for nothing. This means frequent bouts of stress that undermine health, attention, relationships, and quality of life.

When the going gets tough or when sudden potential calamity appears, worst-case scenario thinking is the last place we want the mind to go. It leads, not just to the fantasy catastrophes touched off the irrational emotions of the ancient brain, which take over in a state of fear and panic, but also to the shutdown of the rational and calm thinking required to solve the problem.

Case in point: the rip tide, a strong ocean current created by troughs in the sea floor that can sweep swimmers out to deep water. When you are caught in one, it’s like being in a river in the ocean, and that river is flowing in the opposite direction from shore. I’ve had a lot of encounters with rips over the years. When I got caught in one for the first time as a kid, I did what everyone does. Fueled by the panic of the river sucking you out to sea, I swam frantically directly against it for the beach.

It was all reflex reaction, no thinking. Reflexes get in the way of higher brain function and set us up for bad decisions, rash and wrong. I was no match going straight into the force of Mother Nature and quickly wore myself out flailing for shore. I got sucked out further to sea. A lifeguard swam out and helped extricate me from the frothy, brackish soup that colors a riptide. I learned the way out of a rip is not following reflex. It’s using your head. You have to swim parallel to the beach until you are out of the current. Then you can swim right in.

The fight-or-flight alarm was not made for riptides. It wasn’t made for the vast majority of incidents that set off panicked thinking in the 21stcentury. We can’t let this out-of-time mechanism drive autopilot fear and stress. The problem is that the survival equipment is very quick on the trigger, capable of setting off the fight-or-flight response within .02 hundredths of a second. We have to make adjustments to reflex mode to have smarter responses and less primal fears.

We can do it by training ourselves to have the opposite reaction under pressure, to be calm in the storm. We can do this one of two ways—by being calm enough on the front end so that we don’t go off, or by catching ourselves quickly when we do.

We all know people who don’t lose it in dicey times. It can be done. Some cultures are adept at this. I used to live in England, a place where the unflappable, stiff-upper-lip approach has many adherents. Keep calm and carry on. As long as they are not reacting on the inside, which is unhealthy, it’s a coping style that can keep you thinking clearly so you get through tough challenges.

This brings us to one of the most helpful qualities in the human tool kit: the ability to stay calm under fire. This means increasing self-regulation resources to maintain discipline over emotions and impulse control and becoming adept at the non-reaction. Let’s take a look at some of these key components of calm.

THE 6 KEYS TO CALM

1. Focus on the facts. Short-circuit the brain’s hysteria equipment by refusing to jump to the worst-case explanation.  Avoid catastrophic thoughts by identifying all the facts and evidence of the situation—the most likely story of what’s going on. Make a long list of evidence, and the data itself will calm nerves by waking up the modern brain, which can then reclaim command from the ancient interloper. There’s always a logical explanation.

2. Decelerate. When fear touches off the broken mental car alarm, this signals the body to roar into hyper-activation mode. To stay calm, we have to counter overreaction and over-stimulation with deceleration. We can do this by downshifting the mood with calm music that can either soothe the savage beast inside your head or empowering music that makes you feel strong and powerful to take on the challenge. Music also orders thought, so it helps you organize rational thoughts to counter the seeming catastrophic.

3. Activate impulse control. While the ancient wiring wants a volcanic eruption of fear and panic, we can override that with strong impulse control to maintain discipline. We use impulse control every day, not saying what we really think about someone, not screaming when a dispute turns infuriating.  We’ve all done it. We can all do it. We just need to be able to deploy non-reaction in scenarios when the inner alarmist pops up. Research says we have more self-regulation resources when we have a full supply of blood glucose. Resupply discipline resources with strategic additions of glucose (lemonade, energy bars) during the day.

4. Embrace non-reaction.  The great human challenge is to avoid responding emotionally when our buttons are pushed. To counter the reactive reflex, we have to be prepared. Identify stress and fear triggers and develop scenarios of non-reaction to them. Turn off the ego, which fans the emotions that drive and accelerate crazed reactions. Repeat to yourself, “I don’t react” for a couple of minutes when a worst-case reaction goes off. You’re not going to fall for the knee-jerk response. You’re going to rise above your own ego and brain and play tricks on them, instead of the other way around.

5. Practice patience. Non-reaction is attainable when we have the ability to step back from a false alarm and put a reaction on pause. Taking deep breaths for a minute will un-tense muscles (stress = tensed muscles) and keep the bogus alarm from rooting in the brain. The more the catastrophic thought is allowed to spiral unchallenged, it’s perceived as real and drives us over the edge into hysterical thinking. Patience is the dragon slayer of fear and stress reactions. It gives us time to think our way to a solution.

6. Build attention. The more attention you have, the less stress. In the moment of a worst-case-scenario alarm, your attention is gone, swept away to a fictitious future by the ancient brain. Building up your executive attention function can keep you present when the false alarms go off. The key to increasing attention is focus on a target. Try chess, dancing, learning a language. all of which focus on the moment.

The best way to boost attention, say researchers, is the relaxation response and mindfulness, two variations on the same theme: meditation. Not only do they increase your focus, they also tamp down on the self-referential part of the brain that incites fear—what’s going to happen, how am I going to make it, what am I going to do?

When you ask people the ultimate thing they would like in their life—beyond money, beyond stuff, beyond status and beauty, the bottom line for many is simply “peace.” We just want to have the stuff bugging us and preoccupying our minds to disappear. We get there through calm, the mild-mannered agent that turns fears, problems, and chaos to thoughtful responses and solutions.

If you would like to know more about my Calm in the Storm stress management training for employees, please click the button below:

For those of you interested in personal stress relief, you can get details on my stress management and burnout coaching here:

Tags: deadline pressure, deadline stress, how to stay calm, how to avoid panic, how to not freak out, how to calm your nerves, calming fears