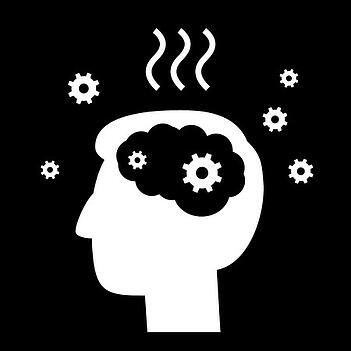 It’s called the law of least effort. Given a choice, the brain would rather exert less than more effort. Instead of sticking with a demanding task, we find it hard to resist the temptation of something easier, really hard when the attention span has been shrunk to that of a gnat’s.

That tends to be the case often these days, thanks to the barrage of distractions and devices. The more you check email, for instance, the more you have to check it. Interruptions erode impulse control. The ability to regulate impulsivity is compromised, and without it, the default is to more checking and attention that flits from one task to the next. It’s a pattern that kills concentration and, as a result, productivity. The condition thrives without interruption management policies and is aided and abetted by someone we wouldn’t suspect: us.

Gloria Mark at the University of California at Irvine says that 44% of interruptions are self-inflicted. With friends like you around, who needs enemies? The more attention is compromised by interruptions or time urgency, the less ability you have to stay on task. When you divert yourself to check email or a grab a secondary task, say, one that shows up as a visual alert on your screen, it takes 25 minutes to get back to the primary task, says Mark. That drains productivity, slowing progress, trains of thought, and performance.

Technology and human nature are driving teams and the individuals in them to be their own worst enemies. Every time you stop to check email you self-interrupt, which leaves you further behind and rushing to catch up to where you think you should be. That causes time anxiety and a false urgency that makes it seem okay to interrupt anyone else at any time—because you’re behind.

One of the biggest cogs in the productive wheel is multitasking, which is 100% self-inflicted. Every time you multitask, you are self-interrupting and forcing your brain to do what it doesn’t want to: shift back and forth between tasks. This fractures working memory, as brain neurons strain to figure out what they need to do on a new task while trying to remember where they were on the old one.

That takes time, which is why multitasking can cut productivity 50% and more, according to multitasking expert David Meyer at the University of Michigan. This self-sabotage also kicks thinking downstairs to the rote floors of the brain, where we make mistakes triggered by a state of simultaneous inattention.

The constant barrage of distractions does something else particularly insidious. It makes you think the work is more difficult than it is, and that in turn ratchets up the stress, which goes off when something overloads perceived ability to cope with it. Interruptions increase annoyance 106%, say researchers Brian Bailey, Joseph Konstan, and John Curtis. That further diverts attention from the task at hand to a threat to coping resources.

While our attention spans have no doubt taken a hit from devices and distractions, we are not helpless bystanders. Proactive management strategies can cut down on the self-infliction that comes from multitasking, excess email checking, and other saboteurs. It’s not easy to do, since we have to find a way around default behaviors and the law of least effort.

In my Optimal Performance productivity trainings, we learn that the way to a more productive work style is a lot less use of the automatic mind that puts action before thought and more reliance on the effortful brain, which is needed to manage impulsivity, patience, and discipline. We are really of two minds, and one often gets in the way of our better judgment and productive efforts. The instinctive brain gets the upper hand in a time-sensitive world, because it’s much faster—and also more prone to mistakes, making snap assumptions that have not been vetted by the analytical brain.

The idea is to manage impulse and reflex with a system that can catch the brain’s least-effort machinery in the act and prime it to defer to a higher authority, informed decision-making.  You can get more done faster and with a fraction of the aggravation when the productive brain is in charge, instead of the knee-jerk one.

WHAT IS PRODUCTIVITY, ANYWAY?

The majority of people in every organization I visit are overwhelmed by distractions and devices. If you could control 44% of the avalanche, the self-inflicted portion, how much more productive could your organization be?

Messaging is seductive, because it provides positive reinforcement. You send a message, you get one back. But, if we let the analytical brain think about it, that reinforcement isn’t all that positive after all. It reinforces a lot of bad habits that sabotage attention and productivity. Each email you send can result in 18 minutes down the electronic rabbit hole.

What is productivity, if not the ability to fully concentrate on the task at hand, so that we have more output per input? All we have to do is get out of our own way.

If you would like more information on our productivity seminars and managing crazy-busy work, click the button below for more details.