Work Overload: Speaking Up about Boundaries 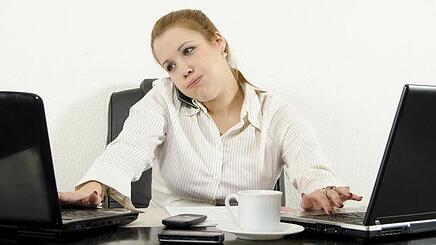 Alarmed that marathon workweeks were driving out too many talented people, the Boston Consulting Group created a program to head off the problem. Called the Red Zone, it flags employees who log more than 60 hours a week for five weeks, citing their exploits on reports seen by partners and managers. “A hero is not someone whose light is on at 10 at night,” says Kermit King, the firm’s head of recruiting for the Americas.

A Red Zone event triggers a meeting with a Career Development Committee sponsor to find out what’s causing the pattern. The manager reviews the project to see where adjustments can be made to prevent an expensive burnout.

Solutions can range from reprioritizing duties, to adding more resources, to changing the timeline and better time management. The program lays down a marker that pushing to the brink isn’t a smart way to work. The Red Zone has increased the number of consultants who feel their job is manageable and, as a result, boosted the number of people who say they want to stay at the company and improved work-life balance.

Unfortunately, few organizations are aware of the importance of clear boundaries on their bottom lines or talent. One tech firm bases promotions on how much weekend time you work—while struggling with a growing retention problem.

A Red Zone program could have saved Karen Walker, a marketing exec for a large Silicon Valley firm, from herself. An intense case of workaholism drove her to 90-hour weeks, as well as chronic hives, hair loss, and thyroid medication. “I will work something till I feel it’s worthy of the company’s name,” she told me, a dictum that overtook her health.

A few sensible boundaries can save a lot of turnover and medical bills. There’s a reluctance to go there, though, because a very powerful myth makes us think that success requires going to the absolute breaking point. Yet the research and case studies are unequivocal: success depends on boundaries.

Researchers at Harvard Business School found that the key component for successful business executives that gave them true satisfaction was “the deliberate imposition of limits.”

“It allows them to say I don’t need to work away at this particular thing until I’m satiated and hate the very sight of it,” said Laura Nash and Howard Stevenson, authors of "Just Enough," in the Harvard Business Review. “This is ‘just enough.’ They recognize the importance of setting their own standards for ‘enough.’ And not falling prey to the lure of the infinite ‘more’.”

That’s what Susan, a Denver financial advisor I coached, discovered when she got to the end of her rope with 70-hour weeks. “I was hating work that I love and, by driving myself harder and harder, I had started to hate myself and my life,” she says. “My productivity was at a standstill, and I was always angry at myself for not accomplishing more."

The problem, she came to see, was that she was trying to be the best, an external goal, instead of focusing on doing her best, which is where the more important internal rewards come from. After shifting her outlook and revamping her schedule, she was able to set boundaries and improve her performance at the same time.

When a client recently asked her to do another loan report after she’d just finished one for this customer, she did something she never did. She said No. “I knew I had done enough,” she says. The client was initially unhappy, but called back the next day and apologized for being out of line.

“It feels great to know you can say you’ve done enough,” says Susan.

Research by Stanford Medical School’s Mark Cullen has uncovered something very revealing about the impact of overperformance on job satisfaction. Even if you love your job, if you do too much of it, you’ll hate it. Overly tasked people, says Cullen, don’t like what they’ve done at the end of the day. It turns out that too much work strips all the accomplishment, and fun, from what you’re doing.

Over the last couple decades we have become more and more hesitant to set boundaries, but that’s no longer tenable in a 24/7 world. It’s time to reclaim boundaries and see them for what they are, the most basic management tool, a key to work-life balance that allows us to work more effectively. They are also an essential stress management tool.

A small but growing number of companies are recognizing that operating without limits is hurting bottom lines and retention. Two maladies associated with long-hours schedules, stress and depression, are five to seven times more costly to treat than other workplace illnesses.

We all work more productively when we have a chance to think, plan, and organize. We get that from boundaries. A report out of Harvard on speaking up in the workplace called the word No the “voice-oriented improvement system.” Things get better for employee and employer when we find out what's not working and don’t do more than we can do well.

This same report said that people are speaking up at work—they tend to be extroverts—and there is not the negative repercussions to it that are feared. People live to talk about it.

SPEAKING UP AND LIVING TO TELL ABOUT IT

I do an exercise in my workshops where people who set boundaries share with those who don’t what happens when boundaries are verbalized. Sometimes nothing. Sometimes static, but often the boundary sticks and the person is actually respected more for it. They are not sent to the gulag.

Oftentimes, managers don’t know how many things you’re working on. Clarify. with them the tasks you’re doing. Your duties and schedules can help him/her see that it doesn’t make sense to have you do an excessive number of things poorly that don’t reflect the real priorities.

Most people today are in retaliatory mode all day, simply reacting to devices and what comes at them. That drives a lot of action and assignments without thought. You can bring that thinking into the equation by asking questions and offering more productive solutions than the task or the schedule that takes you beyond the capacity of physiology and excellence.

Boundaries give everyone a clear picture of where things stand, which is what you want to be able to do at the end of the day.

If you or your organization could use some adjustments in the area of boundaries, click the button below for more information on our stress management, work-life balance, and productivity development trainings.