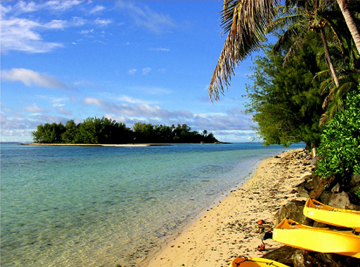 There’s a lot of buzz about a company in Denver offering to pay their employees to take a vacation. Yes, pay them to go away. We’re not talking about simply paid vacation time, but a bonus on top of that--$7500 to split for a holiday. Bart Lorang, CEO of Full Contact, which produces software to manage address books, needs to attract and keep software engineers in a very competitive market, so he came up with the vacation payday brainstorm.

He’s struck paydirt, getting a goldmine of media coverage, and no doubt he won’t have much trouble retaining employees now. Other companies, such as the H Group in Salem, Oregon, and Jancoa in Cincinnati, have used extra vacation time to build loyalty and improve productivity. Jancoa's Mary Miller says adding a week of vacation "has been the most successful retention program we have ever had." Jancoa slashed its retention problems from 360% to 60% in two months after adding a third week of vacation. Sales increased 15%.

If more companies knew how beneficial vacations were to the bottom line and productivity, many more CEOs would be standing in line to make sure every last person welded to their workstation took some time off.

The research shows that far from being a brake on performance, that vacations actually increase productivity. Humans are simply more productive when rested. Researcher Mark Rosekind of Alertness Solutions found that the respite effect of a vacation can increase performance by 80%. Reaction times of returning vacationers increased 40% in his study.

It’s all part of the recharging process, something I call the Refueling Principle. Brains and bodies need maintenance just like copy machines. Refueling increases physical vitality and mental focus.

Respite research has shown that some very important things happen on a vacation that rejuvenate brains and bodies. The University of Tel Aviv’s Dov Eden, one of the foremost experts on how refueling affects performance, has documented that respites ease “the effect of stress on well-being by punctuating the otherwise constant aggravation caused by incessant job demands.”

With stressors removed, the body has a chance to recover from the toll chronic stress takes on the immune system, even helping us recover from the last stage of the stress process, burnout. Vacations have been shown to cure burnout by regathering crashed emotional resources, like a sense of social support and mastery. The time away from stressors and immersion in recreation “re-create” us. Recreation increases positive mood, builds confidence, and connects us with others—all of which adds to the recovery process.

The shared experience of vacations brings families and friends closer together and introduces us to a host of new folks we actually have the time of day for. You can get to know people you meet while traveling better in a few hours than people you’ve known for years at home. It’s called “the stranger on the train effect,” a face-value experience without fear of revelations coming back to haunt you. It’s a powerful experience that restores your faith in the human race. The first birthday greeting I get every year is from a German couple I met in Belize 16 years ago.

The vacation tradition was started by companies back in the early 20th century as a productivity strategy. They found that employees came back from their holidays reinvigorated, and they got more work done as a result. It’s a lesson that has been forgotten over the years and especially recently, but it’s never been more relevant than in the era of 24/7 information overload.

There’s a belief that, because we are not in the factory era anymore, we don’t need to step back. The only hazard is hemorrhoids.  The science reveals just the opposite. Brain scientists I’ve talked to say the brain goes down way before the body. An overtasked, stressed brain has no ability to focus, plan, solve complex issues—to pay attention, one of the chief productivity tools.

Paying attention is something we do expertly on a vacation, since everything around us is new and novel. We learn how to be in the moment of engagement, the key to optimal performance and life.

What Is Work-Life Balance? 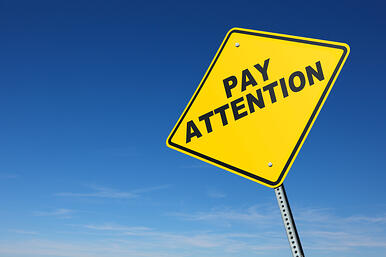 We all know that feeling after stuffing ourselves to the point we can barely move. What was I thinking? The eyes often have it when it comes to making decisions stomachs would veto if they could get a word in edgewise. It’s matter over mind, particularly delicious matter that makes mouths water ravenously.

The same default to reflex also keeps us over-estimating our capacity on the work side. We get stuck in reflex-before-thought, a habit that drives exhaustion and stress. It’s highly counter-productive to anything anyone wants to do well. Without presence of mind and energy, the default is to a retaliatory mode that drains performance and feeds presenteeism.

What is work-life balance? It’s a process of constantly checking in with how we are working, bringing informed performance to the table, not simply reacting to things all day. It’s about how more effective work creates better performance and richer lives by eliminating time sinks and bringing more attention to everything we do. The data shows that organizations with the highest employee engagement get big-time results—almost triple the shareholder returns in report by Hewitt Assoc. I have more on the success tool of work-life balance here.

Quality work-life balance programs are an insurance policy, making sure that the best practices rule, instead of autopilot commotion. They insure that what we do is effective, not knee-jerk, and that we acknowledge that excellent work comes from minds that are refreshed and engaged, which is what employee engagement programs are all about. The more we focus on how we can work more effectively, and operate consciously, not on autopilot, the more it opens up a richer experience on the job and off.

Work-life balance promotes maximum functioning of the key productivity tool, attention. Without that, we are unbalanced characters.

Here's a tool to manage one of the biggest threats to effective work: stress