The Need That Feeds Job and Life Satisfaction: Autonomy 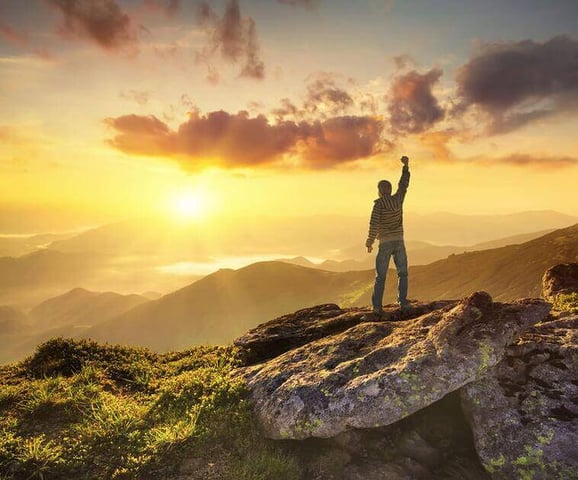 The average state of someone watching TV is a mild depression, reports a study by Mihaly Csikszentmihalyi, author of Optimal Experience and Flow and a pioneer in the study of intrinsic motivation. Of course, this can’t be much of a surprise to anyone, considering what the fare is on TV, from the Kardashians to Dog the Bounty Hunter. No wonder we’re depressed.

There’s more to it, though, than just lame programs. Watching TV makes our brains do what they don’t want to—be bystanders. Our brain neurons, and us, are not designed to be spectators. We are born to participate. Sitting on the sidelines creates boredom, rumination and default to negative emotions, and deprives us of a core facet of a healthy mind, agency, our ability to act and engage with our world.

As the research of Edward Deci and Richard Ryan of the University of Rochester has documented, humans have an overriding need to feel like we are writing our own script. We have three core psychological needs—autonomy, competence, and connection with others, or relatedness—that direct us to self-determine our lives by making autonomous choices, taking on challenges that make us feel effective, and developing close relations with others.

Satisfy these needs, or psychological nutriments, with the right goals— intrinsic motivation—and we feel gratified, like we are doing what we are supposed to be doing here, because we are, acting from our deepest aspirations. The core needs require involvement, engagement, growth and a belief we can impact our circumstances, not easily done from the couch.

The most important of these needs may be autonomy, an under-the-radar concept we know by many other names—choice, freedom, flexibility, control. This drive to feel like we can initiate and participate in our lives plays a major role in satisfaction, on the job and off, reduces stress, builds resilience, and is the key ingredient in work-life balance and something every organization wants: employee engagement.

Employees who are engaged are 28% more productive, a Conference Board survey found. They contribute the extra effort willingly, because they feel valued, and reciprocate that in turn to the company.

What makes people feel valued at work and job satisfaction is flexibility, from choice in how they perform their tasks, to flexible schedules, and a role in solving bottlenecks and making decisions. The ability to make adjustments that make work and life more effective and less strained satisfies our autonomy need. It makes us feel we have agency, that our ideas count, that we can make a difference.

The expression of autonomy has a powerful effect because it goes to, not just our brain's mandate for growth and progress, but also to one of the necessities in a world where we don’t know what’s going to happen next. It provides a perception of control over events.

This is the central lever for keeping stress at bay. You can have high demands, but if you also have a perception of control over them, there is no stress, just challenge, even excitement. Autonomy, then, functions as a little-known stress management tool.

The most popular work-life balance policy, telework, is a favorite with employees because it provides an increased sense of autonomy. You have more control over your schedule, and that of your kids, when you can work at home a couple days a week. Studies show that remote workers actually work longer hours than their colleagues at the office, but they don’t mind because the freedom to organize their time the way they want is much more valuable.

Other work-life balance policies, such as earlier or later start and finish times, compressed workweeks, and paid-leave also promote autonomous behavior and as a result more job satisfaction. As counterintuitive as it may seem, the more employees are able to feel they are individuals, the more they want to be team players.

It’s easy to feel autonomy outside the job. Any activity you opt to do is your call. But how do we find autonomy on the job, when we are there to work for others? Autonomy at work comes down to a perception of choice. When we feel choice in how we do our job or how we think about it, we feel we are exercising autonomous behavior and directing our own path.

Deci turned his research on core psychological needs into a management model known as autonomy support. In his work in the workplace trenches with companies such as Xerox he found that satisfying the need for choice and competence, another core need, resulted in teams working closer together, more people feeling they are able to contribute, more self-responsibility, more job satisfaction and engagement, and more motivated employees.

The science shows that external rewards are ephemeral, since they are about what others think, but intrinsic rewards stay with us in the form of growth and gratification. Intrinsic goals are about acting unconditionally. This makes them powerful when we are trying to do something difficult.

If you have a hard challenge, and the goal is intrinsic, research shows that dieters, students learning physics, or people trying to play a musical instrument will stick with it. Those who are motivated externally, doing something because they have been pressured by others or who want a quick payoff, quit.

As Deci details in a fabulous Penguin paperback, Why We Do What We Do, autonomy at the work level revolves around getting and giving rationales for doing tasks and neutral and informational language, as opposed to command and control mode. You ask for a rationale for the task you’re doing or give a rationale to someone about why you are asking them to do an assignment. The participation yields a sense of choice.

When we hear a rationale, the mind internalizes it, feels it has been allowed to play a role in the process, and then sees the task as more important. Even being able to express reservations about doing a task results in performing a task more willingly.

Autonomous behavior is such an empowering force because it goes to one of our most potent aspirations: to determine the content of life. When we do that, we align inner and outer realms, and that concordance sets off the dopamine dance of satisfaction.

As Csikszentmihalyi puts it, “People who are able to control inner experience will be able to determine the quality of their lives, which is as close as any of us can come to being happy.”

If you are interested in bringing more job satisfaction and gratification to your team or organization, please click the button below for details on our work-life balance, stress management, and employee engagement programs.