How Cynicism Undermines Health, Earning Power, and Productivity, and Work-Life Balance Trumps It 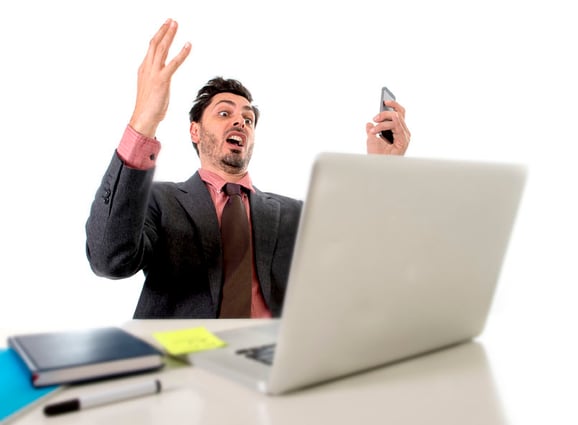 THERE ARE SOME LIINES OF WORK where it pays to be a cynic—journalism, law, private investigating, car repossession. But when it comes to teams or organizations, cynicism doesn’t work so well. It’s the off-switch for effort and trust and spreads highly contagious negative affect like a virus.

Humans are designed to pick up on the emotions and expressions of others, thanks to the handiwork of mirror neurons in our brain, and that’s particularly true with negative emotions. We are wired to err on the side of the negative to begin with—a survival instinct—so it doesn’t take much to steer us in the direction of fear, betrayal, or ulterior motives. It takes three positive events to one negative to stay on the positive side, because the negative is so powerful, the University of North Carolina’s Barbara Fredrickson has reported.

COOL TO NOT CARE?

A cynical attitude is easily passed along to colleagues and customers. Misery loves company, after all. "Cynical employees tend to be less motivated, grumpy with customers, maybe rude to their boss. They’re bitter employees who don’t want to be there," says George Banks of Longwood University, a co-author of a study (Chiaburur, Peng, Oh, Banks, Lomeli) showing that cynicism reduces job performance.

We live in an era rife with distrust of institutions and anyone trying to sell us anything. It’s easier than ever to be a cynic, memes of which flow from TV, cable, movies and politics. It’s has become cool not to care.

That’s dangerous for individuals and the organizations they work in, since it makes people do exactly what their brains and leaders don’t want them to—which is to give up on effort, participation, and growth. Core needs such as autonomy and competence require that we be proactive and involved. Our brains want novelty and challenge more than anything else for long-term fulfillment. That requires curiosity and initiative, signs that you have interest, which the shield of cynical beliefs precludes.

Cynicism is a force field of suspicion that appears righteous—you won’t get fooled again—but is actually self-defeating on many levels. It’s an easy blanket indictment of everything, which writes off opportunities, people, and potential progress with the same stiff-arm. Suspicion undermines connection and health. One study that examined 97,000 women (Tindle, Chang et al) found that high levels of cynicism are associated with higher rates of mortality, heart disease, and cancer.

IN MORE EARNING POWER, WE TRUST

Another study found that cynical beliefs reduce earning power (Stavrova, Ehlebracht). People who are more trusting make more money, because they are open to collaboration and help from others.

Suspicion obviously isn’t the ticket to an engaged team. Instead, it creates just the opposite—the why-bother stance of presenteeism. Research shows that cynicism in the workplace leads to decreased job satisfaction and commitment, and increased motivation to leave the company (Dean, Brandeis, Dharwadkar).

Even though it has a big impact on organizations, cynicism is an issue almost universally avoided, because it brings up uncomfortable acknowledgment that something isn’t working in the culture, which can be hard to face. Yet employee engagement depends on facing it and understanding what is causing it. Willing effort to go the extra mile and deliver its dividend of 28% higher productivity will never happen in a cynical environment. It can only come from people who believe in their leaders and mission and feel trusted by them.

Suspicion creates active disengagement. It undercuts individual competence and the organization’s bottom line. It fuels withdrawal and depersonalization, some of the same characteristics associated with burnout. And it drives negative affect, a state of grievance and grumpiness that drags in colleagues and customers.

Most of us aren’t aware of our “affect,” the way we broadcast our mood to others, but it’s clear that others get the message. When there’s high positive affect, people are enthusiastic, active, and alert, say researchers. With low positive affect, the mood is lethargic. Negative affect, meanwhile, prompts even lower energy. Which affect do you think would get more done and make people feel better about doing it?

Some people have a disposition or personal history that lends itself to pessimism and a route down the track to cynicism. Yet many others begin their jobs feeling positive and looking forward, but wind up in the defensive posture of cynicism as a result of organizational factors. Promises aren’t kept. Support never appears. Layoffs have left a bitter taste.

Where there is high overload, people can wind up feeling unfairly treated, which can lead to a cynical attitude (Banks, Whelpley, Oh, Shin). Those conditions also usually lead to stress, which specializes in driving false beliefs that lead to intense emotions and ruminating over them. There is also a connection between emotional exhaustion, a marker of burnout, and organizational cynicism (Johnson, O’Leary-Kelly).

The antidote to negative affect and cynicism is, not surprisingly, positive affect. It’s been shown to reduce organizational cynicism (Treadway). How do you encourage that shift? A company comedy troupe? A video game room?

The weapon is trust, the very thing that cynicism destroys, delivered by the antithesis of suspicion: engagement. Engaged employees exhibit the exact opposite trait of cynicism: dedication (Maslach, Leiter).

Work-life balance programs and employee engagement traiiangs are an excellent way to build trust, dedication and a more supportive culture. They help pick the lock on employee attitudes. I have seen it time and again in work-life balance training programs for clients, when you provide tools to people to work with less difficulty and more support and provide opportunities to contribute, self-manage, and recharge, the walls recede and minds open.

It’s my experience that people are not as hard to reach as we think—and are secretly waiting to be released from their boxes of suspicion. They want to believe in what they’re doing. Provide them with a credible and sustained demonstration that shows them they are valuable, and many will respond.

They want to contribute, be recognized for what they do, have resources to do their jobs, know what to expect—all levers of employee engagement—because that is what their brains are designed for: participating, not the spectating of cynicism.

Besides training and development, managers also need to build trust at the personal level with their staff. Among engaged employees, 87% know their manager well and have frequent communication with that person. When you give people a rationale for doing assignments, for instance, and include them in a more collaborative way in solutions, you can change how they think about their work and their role in it, and they can go from active disengagement to engaged.

All it takes to get that extra effort is a little effort. It’s there waiting to be unleashed.

If you would like to learn more about how our work-life balance and employee engagement trainings can help your organization unleash your greatest asset, your human talent, click the button above or reach out at 310-570-6987.