Why a Workaholic Will Die Before an Alcoholic 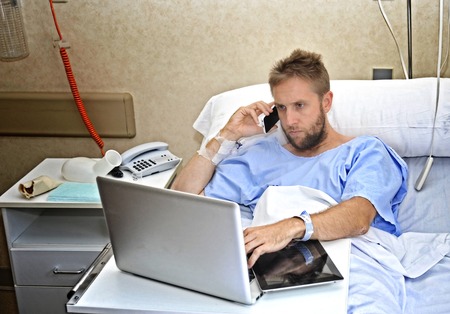 THE CONVENTIONAL WISDOM on what makes for productive work often settles on the endurance factor, or quantity of hours. It’s as if the workplace is an Ironman triathlon in pants. The quantity yardstick plays right into the hands of a work behavior that is the opposite of what any employer would want: workaholism.

This is because the conventional wisdom on productivity is dead wrong, as in deceased-human-being wrong. As burnout scholar Christina Maslach puts it, “A workaholic will die before an alcoholic.”

For most alcoholics, it’s a long demise from cirrhosis of the liver or alcohol-related hepatitis. For workaholics, the end comes quickly in the prime of life, courtesy of stress-induced blood clots and heart attacks. It’s not a very productive outcome.

Researchers have found no positive correlation between workaholic behavior—long hours, feeling you should be working every waking minute, overwork—and productivity. Melissa Clark of the University of Georgia found in her metastudy on workaholism research that “even though workaholics may spend more time thinking about and physically engaging in work than the average worker, this may not be of any benefit to their employer.”

As someone who coaches and trains employees to work in a sustainable and more productive way through work-life balance, stress management, and time management programs, I have had the opportunity to see up close why workaholics don’t do their companies any favors. They have high levels of stress, which undermine complex decision-making and cause crisis mentality, time urgency, bunker mentality, mistakes, and a raft of medical problems resulting in high absenteeism and medical bills. They think no one can do the job as well as they can, so they can't delegate or trust, causing bottlenecks, conflicts, and missed deadlines.

Stress constricts the brain to the perceived crisis of the moment, so you can’t see the big picture, and the ruminating thoughts it sets off serve as a constant distraction from whatever it is you’re trying to do. The workaholic’s stress and time frenzy is also highly contagious, spreading anxiety and frazzle throughout the team or department.

The very motivation of the workaholic is at odds with employee engagement. While engaged employees get intrinsic enjoyment from going the extra mile and fulfilling inner needs such as excellence or service, the workaholic is driven by negative feelings about work—that he or she should be going overboard. Guilt and perfectionism drive the workaholic, and both are constant stress triggers, self-inflicting pressure and tension beyond the demands of the job and causing friction with others.

Clark found in her research that “workaholism was related to the experience of negative discrete emotions (i.e., guilt, anxiety, anger and disappointment) at work and home, whereas work engagement was related to the experience of positive discrete emotions (i.e., joviality, attentiveness and self-assurance) at work and home" (Clark, Michel, Stevens Howell, & Scruggs, 2013).

The difference in outlook has a big impact on the organization and the individual. People driven by negative emotions and pessimism have been shown to have reduced productivity, sales success, and rapport with others on the job, reports Barbara Fredrickson of the University of North Carolina.

In other words, proactive engagement is generated from within and satisfies core psychological needs as a result, while workaholism is a chase for external approval that can never be attained, since there is always the next item on the to-do perfectly list or jump on the instant you finish the last task. Engagement fuels positive emotions; workaholic behavior negative emotions.

The motivation behind workaholism, in essence, is a self-inflicted inadequacy, which can help us see why it’s a hazard to work, relationships, and home life. It forces you to prove worth beyond what’s needed in a futile exercise that runs over colleagues, performance quality, family, and health.

The term “workaholism” has been hijacked over the years to mean somebody who works hard, to the point experts had to stop using the word and switch over to “overperformance,” instead. It’s a more accurate definition, focusing on the act of not knowing when to say when and the poor time management and non-boundary-setting that drives it.

On so many levels, then, the workaholic undercuts his or her very reason for being—achievement. Quality results are not being accomplished—in fact, the opposite is happening, with output the result of fractured attention and a frazzled, overwhelmed work style. And you can never take satisfaction from what you get done, because there's always more to do.

Making things worse is the fact that the workaholic can't step back and recharge or even enjoy a free moment--since he or she hears the voice to get busy in any quiet moment. Free time is the engine of energy, focus, and productivity, so jamming it with more work cuts off critical performance resources.

This is a complete misunderstanding of how the body works. Periods of activation set off by the demands we face each day have to be countered with the parasympathetic system’s built-in remedies of rest and maintenance. If there’s no recovery, the stress builds cumulatively day to day, taking us down the road to the burnout treadmill.

Which brings us back to the physical threat of workaholism. How does it take you out of the sentient human being column so quickly? Let’s take a look at how the condition plays out in Japan, a country with a long tradition of punishing work hours. The Japanese salaryman is known for laboring long into the night, and stories abound of people doing 100-hour weeks having heart attacks at the office. They have a term for it: karoshi, or death by overwork.

There are some 2300 official karoshi deaths each year (you have to have worked 100 hours or more of overtime per month for the family to qualify to receive karoshi benefits, about $20,000), but Japan’s National Defence Council for Victims of Karoshi says the true number might be a high as 10,000 people annually.

People who work too much tend to eat badly, not get exercise, and have very high stress levels, and along with that, high blood pressure and cardiovascular problems. A Finnish study that examined 603,000 working people in the U.S., Europe, and Australia reported in 2015 that working 55 hours or more per week doubles the risk of heart attack and increases the risk of a stroke by a third.

Behaviors that drive workaholism, such as impatience, irritability, perfectionism, and anger lead to chronic stress, high blood pressure, and clogged arteries, and it’s a sudden trip to the ER or mortuary. Sure, there are alcoholics who have a quick exit, too, say, from auto accidents, but the majority will raise lots of glasses over the years while the workaholic has long since departed.

What if you love your work? Can you still wind up with a premature departure from the planet? Yes. Brian Curin, co-founder of the Flip-Flop Shop, a footwear retailer, started feeling out of sorts after working as an around-the-clock entrepreneur for years. As the boss, he had control, something that helps mitigate stress. Yet he felt he better get checked out. He had his blood pressure assessed and did an EKG. He still didn’t feel right when he ran to stay in shape, feeling sluggish and a little breathless.

He went back to the doctor and did a treadmill stress test. Good thing, too, because his physician looked at the result and told him he had to go into surgery that minute for a quadruple bypass. He was 39 years old.

Don’t be a hero or a martyr. Workaholism is a lose-lose for work and life.

For information on my stress management training programs that can help your team manage demands and reactions, please click on the button below: