Are You Mad? The Link Between Irritability, Anger and Clogged Arteries 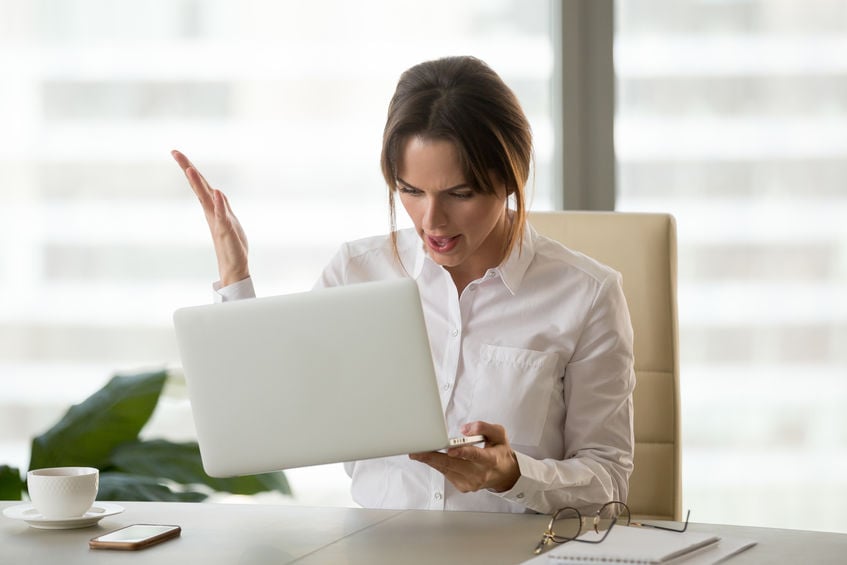 We all know certain lifestyle behaviors can be hazardous to the old lifespan. High cholesterol and heart disease, smoking and lung cancer, obesity and diabetes. Yet there is an under-the-radar behavior that can be just as deadly: irritability.

It seems innocuous. You’re just in a bad mood, grouchy. You woke up on the wrong side of bed. Yet a pattern of chronic irritability can lead to the same blowback as that caused by cholesterol—heart attack. The danger is that it is a very short distance from irritability to anger, hostility, and clogged arteries. When you are ticked off, seething, simmering inside, any little spark can set off a burst of anger, which has been shown to be a major risk factor for cardiovascular issues.

GETTING MAD CAN QUADRUPLE YOUR RISK

One study of 1305 men with no history of heart problems (Kawachi, Sparrow et al) found that anger can triple the risk of developing heart disease. A huge metastudy on anger as a heart attack trigger (Mostofsky, Penner, Mittleman) found that an anger outburst two hours before the episode can more than quadruple the risk of myocardial infarction.

Anger and particularly hostility do their damage through activation of the stress response, which jacks up heart rate and blood pressure and suppresses the immune system. The flood of adrenaline to help you fight or run from danger can cause heart spasms and arrhythmias, and the velocity with which the blood is pouring through arteries can wear down their lining, causing craters that attract platelets and clogs.

Hostility has been linked to increased levels of C-reactive protein, which can form plaque and restrict blood flow. It’s such a red flag that one study by the Boston University School of Public Health suggested hostility is a better predictor of coronary disease than high cholesterol or smoking.

THE DOWNSIDE OF A SHORT FUSE

The real threat of anger is its staying power. It keeps us in a prolonged state of emergency and high blood pressure after even a minor event. Five minutes of anger can suppress the immune system for five hours (Rein, Atkinson, McCraty). The longer stress lasts, putting strain on your cardiovascular system and compromising the immune system, the greater the health risk.

Irritability keeps the prospect of anger close, amping up impatience, annoyance, and aggravation. Irritability is defined as a proneness to anger. It is both an enabler of anger and a low-grade form of it. It is the famed short fuse that some have temperamentally and others have conditionally. The more irritable we get, the better the odds that anger will erupt.

Researchers have connected irritability to the frustration that comes with a blocked goal. We can see this with the cause of much of the irritability in the workplace: time urgency, the frenzy of hurry-worry that most of us work with today that comes from a lack of patience.

Time frenzy is rampant in a digital world as is the impatience that trips it off. Digital devices have conditioned us to expect immediate gratification. Everyone wants the product, report, the email response yesterday. The Internet page won’t load fast enough, so it’s apocalypse now.

Traffic, coworkers, and progress not moving swiftly enough all fill the blocked goal thesis. In fact, time urgency makes every event in the day a potential source of frustration, because little in real life happens as quickly as we want it to. It sets an impossible standard on turnaround time, while locking us into self-inflicted irritation. Some of the most prone to impatience: Type A’s, whose defining trait is a fixation with the passage of time and annoyance with those moving in slow motion.

Chronic impatience fuels rushing, which jacks up aggravation and stress. It also drives crisis mentality and the belief that whatever I’m doing is an emergency, so I have the right to interrupt anyone at any time. Rushing and time urgency put everyone on edge and set off bad judgment and decision-making, since they rely on the irrational lower brain unfiltered by the analysis of the higher brain.

Researchers studying time urgency have identified the irritability/anger nexus as the danger zone. This is where on-edge tips over-the-edge at any slight aggravation, and triggers reflex emotional reaction and the stress response.

Whether the source of the irritability is impatience, something somebody said, a low-value assignment, lack of progress, stressful life events, setbacks, or generalized grouchiness, most of it comes on unconsciously. It’s part of the cloud of negative emotions and moods that can waylay the productive day or mind.

Moods ebb and flow constantly. They rise and fall depending on the time of the day (morning up, night down), the day of the week (Friday up, Monday down, for some strange reason), and multiple other swings throughout the day.

Most of the time we get swept downstream by the automaticity of irritability, and, like with most deeply felt emotion, it’s hard to let go of the mood once it takes hold. It’s as if we want to be irritated, because it allows us to feel justifiably up in arms about something.

If we could opt out of this prelude to anger, we could do a big solid for our heart and mind, not to mention the people around us on the receiving end of our funks. To do that, though, we would have to first become aware of the mood when we are in the middle of it—not easy to do—and then have the willpower and presence of mind to shut it down, and not let it spiral to fight-or-flight meltdowns.

GRUMBLING IN THE BRAIN

Irritability is essentially a loss of patience with others, ourselves, the world. We’re mad but don’t want to come out with it directly, so it’s kind of passive-aggressive. It’s a grumbling in the brain of unexpressed, unprocessed annoyances, frustrations, resentments, and anxieties. It doesn’t serve any purpose, other than to make others want to give us a wide berth.

How do we off this reflex behavior? Get the triggers into the open. Ask where the irritability is coming from. Did you not get enough sleep (lack of sleep can drive irritability)? Are your efforts not being rewarded? Are there obstacles in the way? If so, what are they? Who are they? Did someone push your buttons?

Often, irritability is generalized and as long as it stays that way, we can’t resolve it. As with all stressors, the way forward is shining the light on the trigger, so that we can see that it is not life-and-death, and then turning off the danger signal. We can do that by having a conversation about the issue, changing the way we think about it, and identifying a more productive way forward.

Irritability is one of the ways that humans excel at getting in their own way. It pushes others away, entrenches negative emotions, sets off anger and stress, keeps you in a bunker of me-against-the-world, makes you unhealthy, and hands over the keys to your life to your ego.

One way to keep this self-inflicting behavior at bay is to treat yourself as the enemy, or at least your ego. Make it a competition between you and your ego. When irritability starts up, making you the most important person in the world, aggrieved by everyone, tell yourself, no, I’m not going there.

Make it a game. If you’re impatient, for instance, deliberately walk slower or get in the longer line at the market. You’re not going to take the bait. You act the opposite, using the extra time to take deep breaths to restore your higher faculties and step off the runaway train. You are in charge, not your ego.

Another approach is to identify the issues that set off irritability and create scenarios you will use to defeat it the next time that trigger pops up. You can use an implementation intention, an if-then statement that seeds a new behavior in the future. You tell yourself: If I get irritable, then I won’t take the bait. You solve the issue, let it go, and refuse to be a breeding ground for anger and assorted cardiovascular havoc.

If you would like to control anger and stress on your team, click the button below for details on my stress management training programs. If you are interested personally, please click on the coaching page above.