The Optimistic Art of Shutting Up Pessimistic Self-Talk 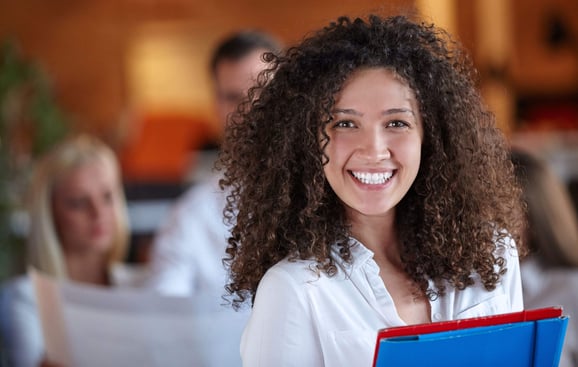 No matter how different we may seem from each other, we have one aggravating thing in a common. We all have at least one person in our lives who we would be very grateful to if they would just shut up for a few minutes and leave us in peace.

That person is none other than us, in the form of the incessant self-talk in our heads. As studies have shown, the vast majority of the inner gabbing is negative—doubts, insecurities, fears. You can’t do that. You’re not good enough. Why bother? Don’t try it, or you’ll look like a fool.

As if we didn’t have enough static coming our way from the external world, we've got an inner alarmist conspiring against us, criticizing, second-guessing, and leaping to worst-case scenarios. With friends like ourselves around, who needs enemies?

The unasked-for yammering is part of a process of internal dialogue that helps us formulate actions and feelings and keep us safe. It’s part-survival instinct, part-social defense, part-explanation for why we are knocked down like bowling pins on a regular basis.

Of course, there is another form of self-talk that is helpful to the cause, a positive style, something we experience less of because it’s not the default and most of us have to proactively make it happen. Researchers have found that motivational self-talk, for instance, can help increase effort on a task and improve performance, particularly in the sports arena (Theodorakis, Weinberg, Natsis, Douma, Kazakas), help with skill-building, and boost persistence in achieving a goal.

The inner worrywart, though, is the boss of the ongoing talk show, a legacy from way back on the family tree. We wouldn’t be here as a species if we didn’t have this reflex to the negative and conversations we know and don’t love so much, such as What’s wrong? What do I have to do? How am I going to make it? What’s going to happen?

The fear radar is turned way up in humans, and the interior talker likes it that way. He’s/she’s a drama king/queen and makes us one too if we give it too much credence.

The fact is, our alter-yakker is out of its depth in the modern world, where threats to life and limb on a daily basis aren’t what they were back in hunter-gatherer days. Yes, we appreciate the concern, inner fearmonger, but knock it off already.

A lot of the tussles with our inner critic come from a grudge match in our brain. On one side, there's the overreactive fear hub of the amygdala and emotional limbic system that date back to before the higher brain regions evolved. On the other side, there's what our brain neurons actually want: novelty and challenge—growth.

Besides worries about whether you left the stove on, should ask for a raise, avoid a stranger, or may have salad in your teeth, there is another order of self-talk that isn’t just annoying or stifling to the risk-taking without which there is no progress. It also can ruin your health and your life.

No doubt, whether you are an optimist by nature or a pessimist plays a role, along with upbringing and experiences, but after the self-talker gets started on one of the styles, it’s onward and upward—or downward.

Optimistic explanatory style responds to setbacks and negative events as temporary bumps along the way. The inner voice of pessimistic style sees every bad experience as a death blow, a permanent hit that can’t be overcome, or is futile to even try to deal with.

It’s easy to see which one of these styles would be more effective in bouncing back when we get knocked down by life’s setbacks. Negative explanatory style, with its false belief that the event is permanent, keeps us in a bunker of pessimism that is self-reinforcing and hard to shake. While this emotion is ephemeral, like all emotions, it can stick around a long time, painting everything dire.

The pessimistic story causes us to stay frozen in gloom, the opposite of what we need to do—lick our wounds and move on, which optimistic framing helps us do. We don’t have to buy the false beliefs of the pessimistic road. Just because a thought is in your head doesn’t make it true. Thoughts aren’t real. Only experience is real. Yet pessimistic thinking can create damage in the real world to health, relationships, and careers.

Studies show that pessimism can lead to serious health conditions and diseases much earlier in life than for optimists. They also help you live longer. Optimistic veterans in one study (Minnesota Multiphasic Personality Inventory) had 25% less cardiovascular disease than pessimists, while Dutch researchers found that seniors who were optimistic had 23% of the death rate of pessimists.

A pattern of pessimistic brooding and rumination can lock in false beliefs for long periods, creating anxiety and stress that takes a toll on the body and mind. The University of Pennsylvania’s Martin Seligman detailed a connection between pessimism and depression in Learned Optimism, a book that shows that anyone can learn how to frame events in an optimistic style that counters pessimistic style.

What makes self-talk so insidious is that it all happens outside our consciousness on autopilot. It’s reflex, so there’s no awareness when it starts up and takes over our faculties. The good news is that you can catch yourself and avoid seeing setbacks as catastrophic, which is, by the way, the same way even optimists view things when the stress button goes off. Learn how to reframe negative events, and you get a twofer—you silence bogus self-talk and shut down false stories of stress.

Pessimistic explanatory style makes us see a bad event in an all-or-nothing situation—as permanent, pervasive, and personal. It locks us in to unlimited duration, scope, and ego eruption. You have a reversal, and the brain automatically sees the setback as a stain of infinite proportions. You’ll never get past it. You’re a loser for life. This always happens to me. I never get a break.

The event casts a pall on every part of life, so we take it globally. And last but certainly not least, we take it personally, fanning ego and emotions into further irrational fears and judgments. But this is an altered state we don’t have to buy—if we can fight off the bogus self-talk and put a realistic spin on things.

The way forward is to do the exact opposite of pessimistic explanatory style. Optimistic style flips the story. It’s not permanent; it’s temporary. It’s not pervasive; it’s specific to this one circumstance. One time, one event. And then we shut off the ego by stepping back from the moment and taking things non-personally, as if you were a lawyer for yourself, providing just the facts.

It’s not the end of the world, and this event doesn’t negate all the other things of value you have brought to work and life and others. Your self-talk style has simply overreacted into hyper-exaggeration through a default button that feeds you self-sabotaging pessimistic stories, such as I’m never going to make it in this world.

What’s the optimistic explanatory version of that story? It could be something as simple as, I’ve had a hard day. Notice, this limits the damage to one point in time and ascribes a temporary condition to your feelings, not one that sets the die for decades. There is a Grand Canyon of difference between these viewpoints, and that difference can be seen not just in health, but also in success on the job and in relationships. Studies show optimists make $25,000 more per year than pessimists.

Instead of falling for the first alarmist neuron burp that enters the brain, we can say, Nope. I’m not going for it, since it is not real, just a false belief. We talk back to the self-talker—challenge, dispute, contest, argue with the catastrophic thoughts of pessimistic explanatory style and stress.

Ask yourself, What is the false story that is driving the extreme reaction? Where is the doom coming from? How accurate is that story? How useful? Find what’s changeable about the situation and possible scenarios other than worst-case. Next, write down the most likely story of what happened, submitting the raw data, evidence, and facts to the clear light of day—no emotions. Then take those facts and use them to construct a new story going forward.

When the negative voice appears, you are ready for it. You’ll do the talking around here from now on.

If you are interested in how to manage stress and build resilience for your team or organization, click the button below for details on my stress management and work-life balance trainings.