How Stress Shreds Impulse Control, and How to Get It Back 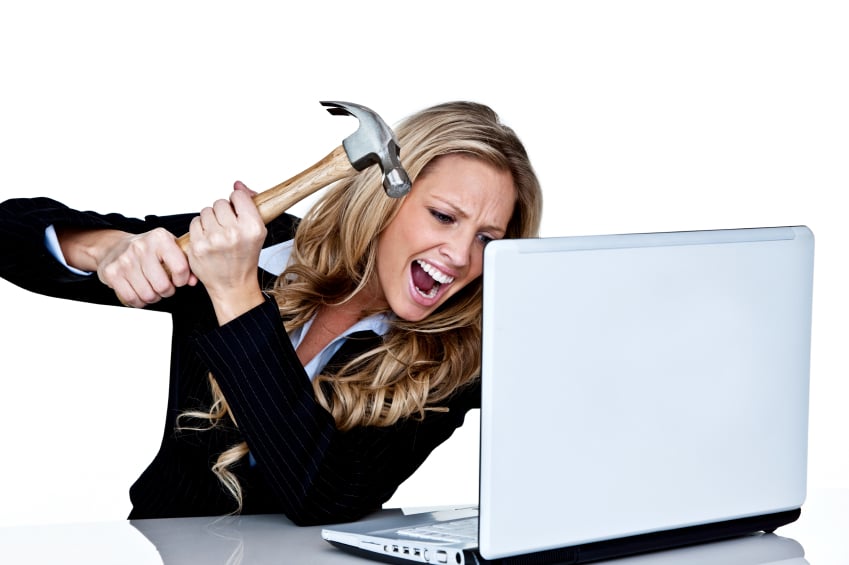 Too many margaritas, and you may reveal a deeply held fear of bats or a sudden love for a complete stranger. Alcohol loosens something essential to functioning in the world: self-regulation, or discipline. Without it, we are at the mercy of impulse and emotions, not rational thought.

What is less known is that the same thing happens when we are under the influence of stress. Stress undermines our ability to regulate impulsivity, as the higher brain of the cerebral cortex is hijacked by the irrational emotions and unhinged thoughts of the lower brain of the limbic system.

We snap at people under deadline pressure, fly off the handle at motorists who encroach into our space, and say things we wish we hadn’t in the heat of an argument. Stress loosens tongues, wallets, and emotions. Studies show that stress aggravates the aggression hub of the brain, which in turn amps up a feedback loop of more stress. Without an intervening filter of self-regulation, we react to emotional demands without thinking.

Stress shreds the levers of willpower that are the difference between humans and marmosets—such as patience, which is a little-recognized self-discipline tool. Having the ability to pause, reflect, take a breath, and not react to demands is a critical component of self-mastery. When we allow events and others to instantly push our buttons, we self-inflict stress, and with it, still more stress and aggravation that come from the bad decisions of an out-of-control brain.

Patience and strategies such as acceptance, picking your battles, and cognitive appraisal—reframing negative events so our brains can use rational analysis to turn off the false danger signal of the stress response in a non-life-threatening moment—are part of the toolbox of emotion regulation. They are the means with which we use our self-discipline to modify thoughts and behavior to avoid impulse and keep stress at bay.

Emotion regulation is a great stress management tool. When we regulate negative emotions and setbacks, we shut off the harmful thoughts set off by our reaction to a stressful event, and stop stress in its tracks (Sayette, 1993).

Stress is a function of demands outweighing perceived control, so the key to managing it is the very thing that stress erodes, the self-control of emotion regulation. The challenge of life is being able to muster this mental discipline to override impulse, temptation, and emotional reactions to pressure and challenges. It helps us listen to our long-term interests over the immediate gratification of ego, mood, and default emotion.

As researchers Mark Muraven and Roy Baumeister put it in one study (Self-Regulation and Depletion of Limited Resources: Does Self-Control Resemble a Muscle?), “Refraining from behaving requires an act of self-control by which the self alters its own behavioral patterns so as to prevent or inhibit its dominant response…People may sometimes give in and perform forbidden behaviors because they lack whatever strength, energy, or other inner resource that is needed to restrain themselves.”

No doubt, going to work each day and staying on task for eight or more hours requires a lot of inner fortitude and focus. You’d rather be at a pool somewhere in the tropics or nibbling on cheesecake at a café. Instead, you have to bring your attention to the task at hand while devices and interruptions rattle your startle response, a survival behavior, all day—which jacks up stress and lowers self-control.

As if we didn't have enough pressure on our impulse control mechanism, known as effortful control, the act of self-regulation itself can reduce self-control. Muraven and Baumeister argue that every time we tap self-regulation resources to do something hard or that we don’t want to do, that makes the next act of discipline harder. When you do two consecutive tasks that require mental effort, the second one is often impaired.

We’ve all seen this in action, as we start the workday plowing through tasks and by the afternoon swoon, the ability to stay on task and do mentally demanding assignments becomes much more difficult. We have burned up willpower supplies for the day. There is no resistance left when we get home and raid the refrigerator. Sara Lee! Haagen Dazs!

Mental regulation resources wear down over the course of a demanding day, primarily in the form of blood glucose. We can resupply this fuel, though, with strategic nutrition and fuel such as energy bars, juice, and other fare that can prime the persistence pump of glucose.

THE MUSCLE OF SELF-CONTROL

There’s more to it, though, than the right snacks. As you might have noticed, some people have a bit more self-discipline than others. They can resist the hot fudge sundae or stay on a job like a laser and not get sidetracked. Were they born that way, or is it a byproduct of practice?

Muraven and Baumeister contend that self-regulation may well be like a muscle that we can build through practice. The more we can accustom our executive brain to resist instant gratification, procrastination, or impulse, and be persistent, the stronger that muscle grows. “Frequent exercise of self-control followed by the opportunity for full rest and replenishment may gradually increase the individual’s total strength for self-control.”

Activities that build discipline—playing a musical instrument, aikido, learning a language, or dancing—can help create a habit of sticking with a difficult task and overriding the temptation to self-distract, quit, or procrastinate. Feeling the satisfaction of accomplishing a task and gaining a new skill or conquering difficulty gratifies our core need of competence, a mastery need.

When you can view the task you do through the lens of intrinsic, or internal, goals, you are also more likely to stick with it, studies show. As Stanford's Carol Dweck has found, intrinsic goals are another lever of self-control that can be used to improve self-regulation skills.

When your goal for a task is internal—excellence, pride of work, craft, challenge, service—in other words, unconditional and not dependent on outside approval or an external metric—money, success, performance, status—it’s easier to regulate your impulse control and stay on task longer. You are rewarded by the inherent interest in doing the task, which makes you less prone to self-distract.

So building up your self-regulation resources is a twofer. You get more attention and focus to complete a task quicker, and you manage stress in the process. Where there's a will, backed by impulse control and the right goal, there's a way.

To improve impulse control and focus on your team, please click the button below for details on our stress management and time management training programs.