Burnout Hits the Best and Brightest 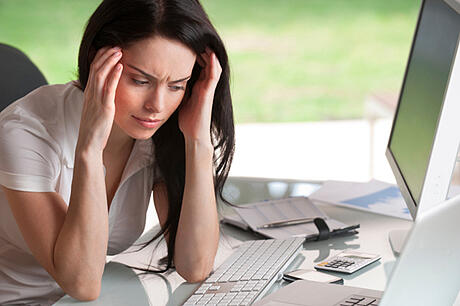 The perception of burnout is that it’s something that happens to those who are somehow deficient, people who can’t take the heat, who have less stamina than others. In fact, it’s the opposite.

Burnout strikes the most dogged and conscientious workers, people who may even pride themselves on how much more they can handle than others. That's something that should set off alarm bells for any manager or organization. Burnout is a path of mutually assured destruction—for talent, staff, and productivity, which diminishes to a fraction of normal output.

The most driven, most inclined to ignore limits can wind up going past where their physiology can take them. Engineers know that even the strongest materials pull apart subjected to the right amount of force and load.

The good news about burnout, if there is any, is that it’s something that doesn’t happen overnight. It’s a cumulative condition that builds up over a long period of unrelieved stress, also known as chronic stress. If the stressor that switched on the stress response is identified and resolved, there is no burnout. That’s where burnout has to be cut off at the pass. Burnout is seven times more costly to treat than the average workplace malady, according to Ron Goetzel of the Health Enhancement Research Organization.

When the source of stress continues to fuel perceived danger, though, the stress becomes entrenched—day after day, week after week, month after month, perhaps year after year.

That is highly destructive, since the stress response drains resources to keep the body in a heightened state that enables it to fight or flee. The stress response was meant to go off only for a brief time, until we are out of harm’s way, since it does some very unhealthy things to us in the interim—suppressing the immune system, shutting down digestion, jacking up the blood pressure.

END OF THE ROAD

Chronic stress overtaxes the system, and gradually your resources are drained away. Burnout is the last stage of chronic stress, when all energetic resources have been depleted. It’s the end of the road that leads to places no one wants to go—depersonalization, no pride in accomplishment, constant fatigue and worse: depression, stroke. If you think you might be headed down that road, take the Burnout Test here.

Because it takes a while to develop, burnout can be prevented and shut down—if we know what we’re looking for. The problem is that burnout plays to rugged individualist strengths—endurance and stick-to-itiveness—that can be our undoing if taken too far.

In the process of gutting it out and never saying die, we wind up aiding and abetting the cycle. The adrenaline set off by the stress response to hyperactivate our defenses, masks the effects of stress and creates a feeling of transcendence. We think we’re handling things, but we’re not.

This adaptation is why a workaholic will die before an alcoholic. An alcoholic can live for years with cirrhosis of the liver, but it’s often a stroke or heart attack that kills the workaholic.

Over time, people accustomed to being able to take on huge demands, suddenly can’t anymore. They don’t have the energy. They’ve suffered a loss of resources—mental, physical, and emotional—too great to replace. And not only that, they don’t have the drive or motivation they once had anymore. Neither the spirit nor the flesh is willing. They don’t understand it. They had always been gung-ho. And now they don’t care.

KNOWING WHEN TO SAY WHEN

To keep burnout out of the office, we have to make it okay to know when to say when and resolve stress triggers. Burnout, then, is fueled by stress, something that has to be taken seriously, not as a nuisance. Stress is a factor in five out of the six leading causes of death in the U.S. When someone has permission to shut off stress, they are saving the company a prolonged drain of medical bills and lost production.

Just keep going until the paramedics arrive is not a sustainable work style. Staying off the burnout treadmill means being proactive about ferreting out stress and burnout triggers, and adjusting work practices and thinking to shut off the chronic danger signal. It’s not life-or-death, though an ancient part of the brain is making it seem so.

Burnout triggers include excessive workload, lack of reward or support, loss of control, interpersonal conflicts, and emotionally demanding work. When someone is caught up in a cycle of stress from one of those triggers, it's crucial to be vocal about the problem. Failure to speak up can lead to serious health consequences.

I spoke with a community health worker who had been overwhelmed by her workload but said nothing, not even to her husband. The concern for being seen as weak can override even the fact that the body is going down. She brought more work home and tried to catch up there. The rubber band stretched as far as it could until it broke. She had a nervous breakdown and was in the hospital for two weeks.

If it were any kind of communicable disease, there would be no second thought to finding a solution pronto. Yet burnout and stress are as contagious as a virus. The crisis mentality, cynicism, and emotional triggers of stress quickly spread around the office, impacting decision-making, planning, and eroding rapport and relationships.

Changing schedules, adjusting workload and increasing support can help reduce burnout triggers. Burnout is marked by the absence of positive emotions, so part of the way back is adjusting work and lifestyle to regather some of those crashed emotional resources, such as a sense of social support and mastery.

Learning how to reframe stressors and the self-talk that creates false beliefs that drive stress triggers is essential. Our stress management programs give people the ability to change the false story that fuels the danger signal perpetuating chronic stress. From there, we provide tools to set boundaries, ask for help, and communicate effectively to adjust task practices that are counterproductive for the team, organization, or individual.

Everybody has a lot on their plates today, but it doesn’t have to lead to burnout. The real home of the brave, and productivity, is not a depleted mind and body but one vitalized by a sustainable work style.

For information about our stress management programs, click the button below.