The Engine of Productivity and Work-Life Balance: Vitality 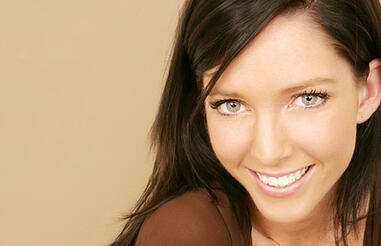 There are truckloads of apps that claim to boost productivity, but the biggest bang for your effectiveness buck may come from something that is seldom on the radar in a 24/7 workday: physical vitality. You can’t get a whole lot done, say brain scientists, when you’re at the cognitive equivalent of being drunk, the condition we’re in when we don’t get enough sleep.

It’s proof that quality of hours counts more than quantity, particularly in the knowledge economy, where the main productivity tool is attention. Exercise builds new connections between brain neurons and helps increase attention and focus.

More Energy Available to the Self

Exercise also energizes, providing one of the little-known keys to productivity and work-life balance—physical vitality. The University of Rochester’s Richard Ryan has done a host of fascinating research into the realm of vitality, which he defines as “energy available to the self.” You know it when you’ve got it. And when you don’t. Vitality is an ongoing status report of feeling up to the day or not.

How much more effective are you when you have a tide of physical energy at your back, a feeling you can take on anything? Do you have that now? Do you feel vital and alive on a daily basis? That’s a difficult state to find when we work in a nonstop style that drains energy and doesn’t replace it through refueling breaks in the action.

Vitality is a conscious feeling of energy, aliveness, interest, and enthusiasm, the definition of engagement. Vitality helps keep us energized throughout the day and push through the rough patches. It’s been linked in Ryan’s research with many well-being traits—self-motivation, positive mood, good self-esteem, life satisfaction, autonomous behavior, all of which are hallmarks of work-life balance.

Energy for output comes from input that keeps our batteries charged, something we need just like iPods and smartphones. Where do we get energy? From doing things that restore and energize us—exercise, play, rest, music, intrinsic motivation—doing things for the inherent interest—eating nutritious food. Tension, anger, and depression decrease vitality.

Humans are not hard drives with hair. Our energy is limited to the supplies we provide it. There’s a belief that we can go all day and night, because we’re just sitting on our butts. But the brain scientists I talk to tell me that it’s just the opposite. The brain goes down well before the body, and that's when we have productivity outages.

Stepping back is essential to going forward with the vitality needed to get the job done effectively. We all know the declining level of performance that happens when we feel exhausted. After a certain amount of time on task, brains need a reset.

Brains have to reset every 90 minutes, or they start fading. Jim Goodnight, CEO of one of the top organizations for work-life balance in the country, SAS Institute, a software company in North Carolina, believes his employees can’t do more than two hours of continuous time on task without making mistakes, especially coders.

He’s right in tune with how our minds and bodies work. We have a built-in rest cycle designed to replenish the energy we burn up. It’s a pattern known as ultradian rhythms, recurrent 90-minute cycles that take us from high to low alertness during the day and through the various stages of sleep at night.

Sleep researcher Nathan Kleitman called this pattern the rest-activity cycle. When we get to the end of the period, alertness wanes. We feel fidgety, find it hard to focus, get drowsy. That’s when it’s time to get up and refuel.

Psychobiology researcher Ernest Rossi says we are programmed to want to take a 20-minute break after every 90 minutes of intense focus or time on task. And it’s not just that we want a break, says Rossi, we actually need one if we hope to operate at peak effectiveness and efficiency.

Ignore your ultradian rhythms long enough, and you’ll be on your way to what Rossi calls “Ultradian Stress Syndrome,” which can lower your immunity and seriously diminish your ability to accomplish anything.

Researchers have repeatedly demonstrated that productivity increases after breaks in the action, since the respites allow us to recover from fatigue and sustain higher levels of effort. Breaks reduce stress, injuries, and absenteeism, all of which make us more productive. You get a lot more done when you’re at work than sidelined. Mandara Savage and Darren Pipkins found that recovery periods reduce fatigue and decrease decline of productivity

It's pretty simple: Physical vitality keeps the tank full and determines how much we get done, how fast, and whether we are satisfied with what we've done afterwards. I can't think of a better productivity tool. And there's no app to download.