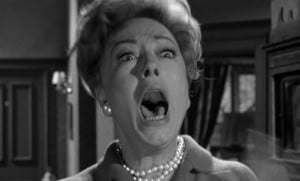 It’s hard enough trying to manage the noise of one mind, but we're all stuck with a two-headed monster. We are of two minds, and that is especially true in situations that feel threatening or stressful. No wonder we get headaches.

In one corner, there’s the ancient brain, the emotional hub known as the limbic system, with the fear center of the amygdala at its core. It doesn’t have the talent of the brain in the other corner, the 21st-century model, but it is lightning fast, quicker on the draw than conscious thought.

It can pick up a sign of fear on someone’s face in two-hundredths of a millisecond, reports Daniel Goleman in Social Intelligence. As a result, the amygdala is in charge a lot of the time, as is the job stress, and life stress too, that comes with it—unless we find a way for the smart brain to get the upper hand with a little stress management.

The amygdala is used to being the boss. It ran the cerebral show before the higher organs of the brain, such as the prefrontal cortex, evolved to weigh pro and con. Prior to that, decisions were based on whatever raw emotion dictated, as they still are today when the amygdala takes over. It hijacks your brain whenever a perceived threat is detected.

With its keen detection of danger, the so-called “lizard” brain can keep you out of harm’s way, or it can get you into trouble in a world it was never built for with its knee-jerk responses to negative comments, work deadlines, or projections that turn out to be nothing but wild anxiety.

In a work life balance webinar I conducted for a client this week, one of the participants talked about how she was starting to get a handle on the pesky ancient brain. She began stopping herself every time something felt stressful or overwhelming. When a sudden project came in that would normally push her button, she paused, and asked, “Why? Why is this making me stressed? Is there a real emergency that should require the stress response?

The mere act of asking questions brings the modern brain back into the picture for reflection and analysis, shoving the reflex fear of the ancient brain out of the way. The higher brain computed in every case that there was no emergency, no threat to this woman's life or limb. She “reframed” the ancient brain’s stress signals from fantasy to reality, shutting off the stress cycle.

How many times a day does your amygdala set off stress alarms? Reframing these false alarms on the spot can save a lot of needless angst.

To reframe, though, you have to stop, actually shut down output for a moment of input and insight. Stress feeds off fantasy anxiety that is switched on and left to spiral unchallenged. Stepping back from the situation to reflect cuts off the stress cycle, which gets more entrenched the longer it spins its fiction uncontested.

Stop, and you can go again, informed by your modern brain, not the pre-humanoid model.