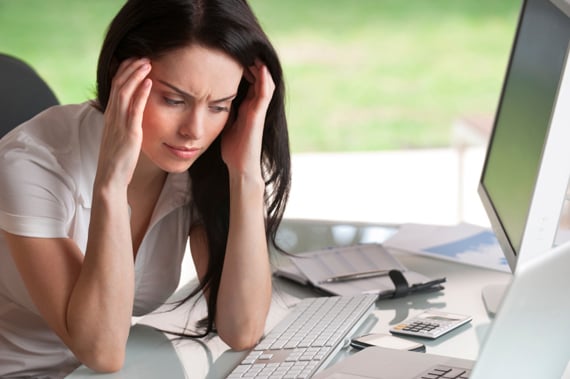 Growing advances in brain research are giving us a much better picture, literally, of when our command center works and when it doesn’t. Those who peer into the brain through magnetic resonance images say MRI scans of fatigued brains look exactly like ones that are sound asleep.

I’m sure you know that feeling around 4 p.m., when you have to expend double the effort to get something accomplished that you need when you’re fresh. There’s a limited amount of time that the brain can stay focused without fatiguing, spacing, or going into brownout mode.

The traditional approach to fighting mental fatigue has been to press harder and pop those blood vessels to the finish line. Like many of you, I was raised to keep on going till I needed an ambulance. But the evidence shows that brains, and bodies, don’t respond well to the battering-ram approach. Like iPods and cell phones, minds need recharging. And we can get that with a bit more attention to the refueling principle of work-life balance.

One study (Boksem, 2005) found that mental fatigue took hold after three hours of continuous attention. Mistakes and false alarms increased with time on task, and goal-oriented planning decreased. Other studies show that too much time on task reduces the ability to prepare future actions.

As logic would have it, the way around the fatigue factor is to step back and recharge the spent mind, which is the chief productivity tool after all. A survey by the McKinsey Group offers a hint at why refueling works. The company wanted to find out where managers got their best ideas. It turned out the best brainstorms happened, not straining at the desk, but, instead, when people were out running, playing tennis, times when their minds were at rest.

There’s a good reason for this. Most of the time the right side of the brain, which is associated with creative thought, is drowned out by the logical, rational left side. But when we are physically in motion, the left side of the brain has to stay preoccupied with controlling our movement, leaving the right side free to wander into the theta state, where ideas are born.

Give the brain regular breaks throughout the day to reset, process, and get refueled on a strategic pause. Take at least one 10-15-minute strategic pause in the morning and one in the afternoon on which you step away from the desk and the to-do list. Listen to some music you like, take a stroll, look out at the horizon and take a few deep breaths, plan your weekend. Do not be alarmed. It’s only a pause. You will be returning to action shortly, only with an engaged brain.