When Working Memory Is Overwhelmed, You Are Too 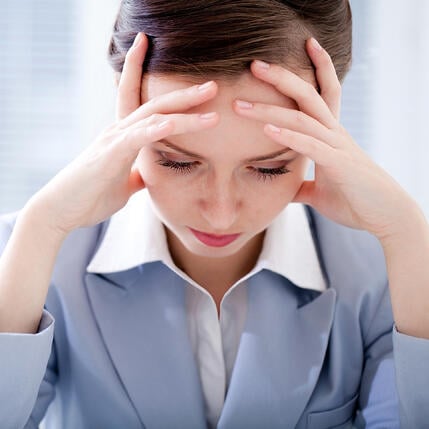 Everybody hates a nag, and that especially goes for the one inside our heads that keeps bugging us about all the to-do’s that have to be tackled NOW. The unfinished items swirl around and around, like a cloud of flies orbiting the cranium, interrupting focus and helping to fuel a belief that we are overwhelmed.

Productivity is a function of how much attention we have on a single task at a time, so any time our thoughts are straying to other projects or hurry-worry to get to the next task, we’re not paying full attention, and that undermines performance. The human brain was designed to do one thing at a time, to use our brains as processing centers, not storage devices.

One of the keys to getting anything done is working memory. Also known as short-term memory, working memory is a temporary holding pen for ideas/thought “chunks” that we are actively using to complete an action at any given time. It has very limited storage capacity over a very brief period of time, thought to be a matter of seconds. It was once thought that we could keep seven thought “chunks” in the brain at one time for working memory use, but researchers now believe the real capacity is three to five items, a core known as the central working memory faculty.

In a study examining how much subjects could retain in short-term memory in a visual test of shapes and squares, researchers J. Scott Saults and Nelson Cowan (2007) found that subjects could hang on to no more than four items at a time. It’s important to point out that we are not talking about the capacity to do four separate actions at one time, as in multitasking, which is impossible for mortals, but merely to hold that many thought elements in mind while at work on a task.

Researchers aren’t sure why working memories are so limited, but theorize that it was too expensive, in both energy and time, to have excess information getting in the way of processing and action. Evolution appears to have selected out the reverse of information overload—focused selection—as a survival instinct.

Of course, just about everything these days is conspiring against focus, from information overload to stress, which can seriously reduce working memory performance by sidetracking your immediate attention to a perceived emergency.

With working memory so constrained, it’s easy to see how the to-do nag can interfere with the task at hand as it interrupts short-term memory and plays havoc with recall of our primary task. Productivity guru David Allen noticed that “incompletes,” as he calls them, were a big drag on performance, and it led to the central principle of his “Getting Things Done” organizing system. He observed that unfinished tasks will harass in a constant loop unless the item is finished—or the brain is persuaded that you are on the way to completion.

It was the inspiration for his concept of the “next action.” The best way to keep to-do nagging at bay, he argues, is to let the mind know you’re on the case by jotting down the next physical action for each item on your list, breaking tasks down into a series of specific steps. That stops the loop and the brain lets go.

In recent years Allen’s gut instinct was confirmed by science. Florida State University researchers E. J. Masicampo and Roy Baumeister found that unfinished goals interfere with the ability to complete tasks and that writing down plans to finish a task released subjects so they could do their jobs undistracted by to-do nags.

Improving time management has a lot to do with how we manage short-term memory, that brief period of focus within which we get stuff done. That means sealing it off as much as possible, not just from our own incompletes, but also from the siege of electronic intrusions and interruptions, which studies show fracture working memory, and, therefore, productivity.

Interruptions blow up the tenuous hold we have on the three to five items in working memory. We forget thought associations we had before the interruption, or where we were going.

If you have to take an interruption, finish the task or thought you are on first, and make a note about where you are going with the thought train. That prevents disruptions and helps you get back to where you were without a long backtrack.

Other keys to retaining working memory and avoiding overwhelm are setting the terms of engagement with devices—checking manually at set times, turning off noisemakers and notifications—as well as keeping distractions, such as that bowl of Haagen Dazs or the conflict you had with someone out of your precious few-second realm of working memory.

When we break away from distractions and intrusions through better planning, organizing and prioritizing and dive deep into the absorption of the moment, we find a realm of focus far from the frazzle of overwhelm and self-badgering where we can be on the same page with, well, ourselves.

If your company would like to avoid the frenzy and frazzle of overwhelm and work less harried and more effectively, click here for more on our productivity trainings and a smarter way to work. 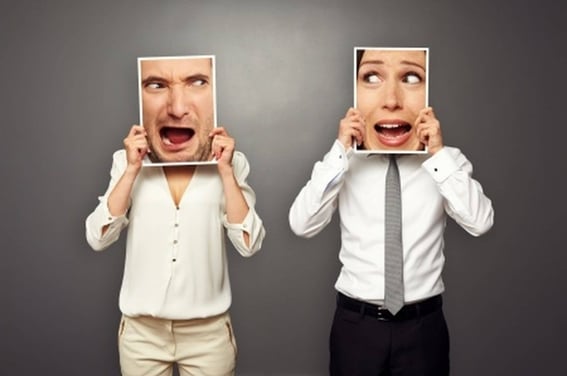 But you don’t have to buy anyone else’s stress—or the alarms of your own stress response, which are equally false (unless you are in a true life-or-death moment). The key to resisting the emotional contagion of stress is overriding the double-team autopilot of the reflex stress response and your mirror neurons.

You can reduce the frenzy of someone else’s deadline by stepping back and identifying the real story—it’s not an emergency, it’s not your stress, it’s not a crisis. It's what is in someone else's head. By using proven stress management processes, you can turn off the false danger signal. Instead of mirror neurons reflecting stress, you can use them as a tool to better understand why a person is going off, and, as a result, why you don’t have to.