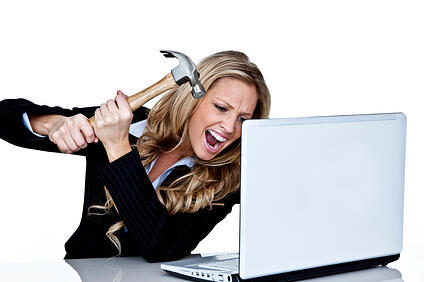 The always-on style of work doesn’t work, but you may need a little shock therapy to believe it.

Sometimes the counterproductive behaviors can get so out of hand there's only one recourse left: an office intervention. Enter Leslie Perlow, a Harvard Business School professor of leadership armed with an eagle eye for counterproductive work styles.

"Most of us are ‘successaholics.' That's what we think is necessary for our organization to succeed," says Perlow, author of Sleeping With Your Smartphone and a researcher whose experiments in corporate America have shaken up notions about productivity in the always-on workplace. "If you try to do things differently, you will find it incredibly valuable. It's rallying together to recognize that if we continue to work in this way, it's undermining our productivity, our sustainability, our creativity."

As with any intervention, Perlow's subjects know there's something wrong, but they're usually reluctant to budge from their self-inflicted pain. It took her six months to find a team at The Boston Consulting Group (BCG) that would allow her to run an experiment that would challenge the long-standing assumption that 24/7 availability was essential to success. Half the executives in a survey she conducted worked more than 65 hours a week, not counting some 20 hours spent monitoring their smartphones. She wanted to see what would happen if BCG consultants—gulp!—took a full night off per week.

Despite the initial angst set off by the strategy—a concept she called "Predictable Time Off" (PTO)—it turned out to be a big hit. Productivity didn't drop; rather, it increased, as team members were forced to improve coordination.

"It unleashes an incredibly powerful process for these teams," Perlow says. "They were planning better, prioritizing better, delivering better products to their clients. In the meantime they had more predictability and control of their lives."

BCG was so impressed that PTO is now a companywide initiative, in place in 32 offices in 14 countries.

Perlow has been driven since her college days by the belief that it's possible to be successful professionally but also have a personal life. After a stint in management consulting, she went back to grad school thinking there had to be a better way. Her big revelation came while doing research on software engineers in China, India and Hungary. Some work styles were more flexible than others. "That made me realize it can be different," she says.

Unquestioned beliefs, such as "I always have to be available to the client" or "I can't take time off," run a "cycle of responsiveness" that traps us, she argues. "There's an underlying expectation that more is better. With the smartphone, we get sucked into the benefits without realizing the costs of always being on. We have systems that are set up to need you all the time. Does it have to be urgent if you thought about it differently? And what we find is the answer is no."

This is especially true for entrepreneurs, who truly are on all the time. "Entrepreneurs haven't really put in the time to think about their work practices and planning and prioritizing," she contends.

Perlow comes into companies as an ethnographer, observing work practices for several months before identifying the ways an organization can change its practices to benefit both the firm's productivity and the workers' personal lives. At a software company rife with chronic night and weekend overtime, she realized that engineers were pulling all-nighters because they were being interrupted frequently and couldn't concentrate during normal work hours. Her intervention, "Quiet Time," divided the day into periods in which everyone agreed not to interrupt each other. With the space to think, formerly harried engineers were able to pull off the first on-time launch in their division's history.

Such changes can be a little squirmy initially. "It's incredibly anxiety-provoking to turn off when you're not used to turning off," Perlow says. 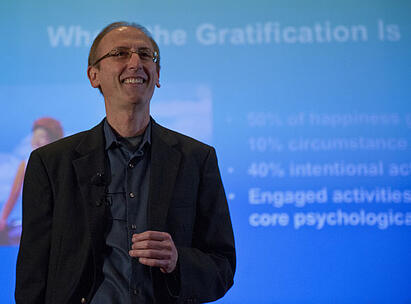