South Korea Shows How We Break Coronavirus and Panic 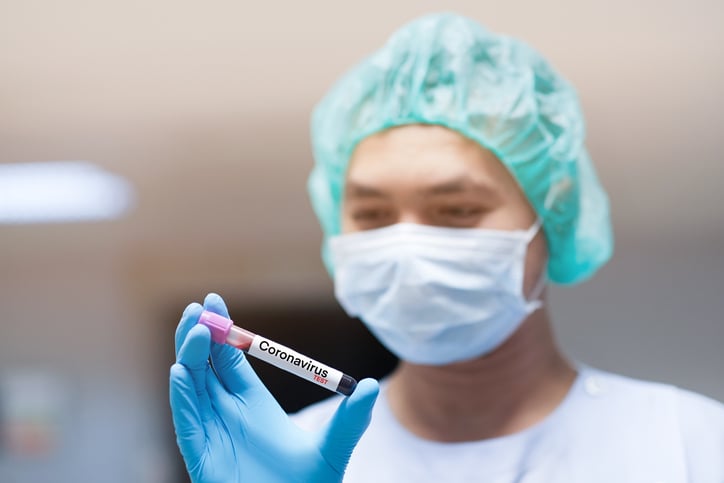 A swing through local grocery stores in my city shows the clear evidence of panic. You can’t buy large containers of water or toilet paper in my part of Los Angeles anymore unless you are there when the shipments arrive. The shelves are bare, stripped by hoarders as if a hurricane was about to hit.

That storm, of course, is the coronavirus, COVID-19. Though there are only 16 known cases in a county of 10 million people, emotional contagion is infecting thousands, and millions across the country and globe. It’s a fever spiking in a vacuum of hard data and missing aggressive measures to counter the virus.

Hysteria doesn’t follow facts or science. It operates on reflex default to our caveman brain and its raw, irrational emotions. It’s time for voices of reason to step forward before we have hand-to-hand combat in the Charmin aisle. That reason and a way out of this mess is coming from South Korea, where coronavirus cases are decreasing while they are going up everywhere else.

The swift spread of COVID-19 in just four months to 100 nations and 46 U.S. states has plenty behind it to drive fear. The coronavirus is highly contagious. It can be spread by people who are not symptomatic, and, as a German study reports, can remain transmissible even after the end of symptoms. It appears to have the capability of doubling every week, since it spreads to two or three people per infection.

The virus has proven deadly for seniors (15% fatality rate for those over 80), those with underlying health issues, and many health workers have gotten infected. It has the potential to make millions of Americans sick, if it’s not brought under control, not to mention wipe out industries from travel to restaurants and whatever is left of retail and the workers who depend on these industries for survival. It’s a big deal, a now official global pandemic.

Yet there is hope in data out of South Korea. The number one panic driver of COVID-19 is the perceived fatality rate, which the World Health Organization estimates at 3.4%. That's high, given that the death rate for flu is 0.1%, and that causes some 61,000 deaths annually in the U.S,, according to the Centers for Disease Control. Accurate numbers on the death rate have been hard to come by in the confusion and chaos of this new virus, but the Koreans have uncovered a way to attack it. It appears that the virus may not be as lethal as feared.

KOREANS SHOW HOW TO ATTACK A PANDEMIC

South Korea has been the second hardest hit nation by COVID-19 after China. They have more than 7755 cases, but infections in the hardest hit area, Daegu, have been decreasing. Confirmed cases in Korea dropped from 686 on March 2 to 131 this week, according to the Washington Post. This is because the Koreans jumped into action immediately with massive testing of the affected population areas and measures that have mitigated the threat. They shut down big public events, kept people away from areas of infection, and went as far as to track people with coronavirus by GPS.

The Koreans are showing that the key to managing the coronavirus, and the panic that comes with it, is testing. More than 240,000 people have been tested for COVID-19 in South Korea, massively more than anywhere else, particularly the U.S., where only some 11,000 have been tested as of March 11, reports CNN. The Koreans have been testing 10,000 people a day. The Korean government opened 53 drive-through testing stations that allow people to be tested without having contact with another person.

As a result, the Koreans have been able to determine the universe of infected people, and so they can produce an accurate fatality rate from the virus.

Without knowing how many people are infected, scientists can’t compute a credible death rate. The Korean data has shown that the coronavirus has a death rate of 0.65% to 0.71%.

WE NEED TENS OF THOUSANDS OF COVID-19 TESTS

The 3.4% estimate of WHO is alarming, and no doubt, it has helped fuel panic. Yet if that percentage does not reflect the wider population who have COVID-19 with very minimal symptoms and aren't being figured into the calculations, then that number is wrong.

Time reports that COVID-19 may not be as bad in terms of its lethality as previously thought. “Since the COVID-19 outbreak began to pick up steam in China in January, experts have been scrambling to get a handle on the disease and the way it behaves. But they have also warned that estimates are not exact, and that numbers are likely to shift over time. One key reason: people with milder versions of the illness are underrepresented in official case counts, since they may not be sick enough to seek medical attention or realize they have anything more than a cold. Some people, research now suggests, may get infected by SARS-CoV-2, the virus that causes COVID-19, without showing any symptoms at all.”

The Chinese analyzed 70,000 cases of the novel coronavirus and found that 80% of COVID-19 cases are mild, which means many likely don’t get reported or found—unless, like the Koreans, health officials are aggressively testing tens of thousands of people. The Koreans are showing the world how to do it.

Testing, testing, and more testing is the key to control the virus and along with it the anxiety that drives the fear of what we don’t know. “If you’re not doing thousands of tests a day, you’re not ready,” said Sen. Maria Cantwell of Washington state, an epicenter of the disease in the U.S., on MSNBC. She said the state is ramping up testing, including a drive-up clinic for nurses and medical people to get tested in Seattle. We need a lot more of this now anywhere where there are cases. We need to be testing thousands of people a day.

CORONAVIRUS MAY BE CLOSER TO FLU

Unlike for SARS, testing is easy for the coronavirus. The German study above found that swabbing the throat or nasal passage is highly successful in identifying COVID-19. The researchers found replication of the virus in the throat.

Time reports that the mortality rate of COVID-19 looks more like the seasonal flu (0.1% death rate) than SARS (10% fatality rate) or MERS (34% death rate) and says that more testing capacity is the key. Yet the coronavirus is going to cause much more illness and health system havoc because of its easy transmissibility, long duration (average 14 days compared to 5-7 for flu; serious cases can last six weeks), and potential to overrun hospitals and ERs and a limited number of ventilators needed for the most acute cases.

However, if the actual fatality rate of COVID-19 is closer to the range for flu, less than 1%, that makes a big difference in how we think about this pandemic and could, if confirmed and widely broadcast, start to turn down the panic and turn up the mitigation efforts—staying away from large gatherings, closing schools, companies switching to telework, self-quarantining for anything resembling cold or flu, washing hands and not touching the face, and, of course, testing. We have to do all these things fast, like yesterday.

We should all be lobbying our political leaders and health agencies to do as Korea did, as much testing as soon as possible. We don't have to reinvent the wheel.

We will get through this. The Koreans have shown us how.